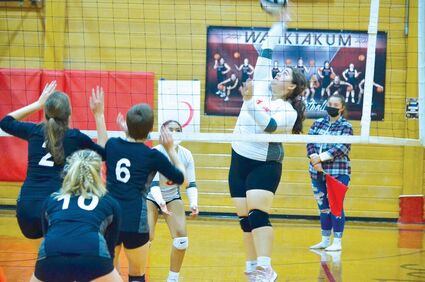 Kamryn Watkins got a hit for the Lady Mules in a 25-14 set win against Napavine.

The Wahkiakum Mules volleyball team continues to grow, and this week, they lost one but earned their first victory of the season. This brings their overall record to 1-6. 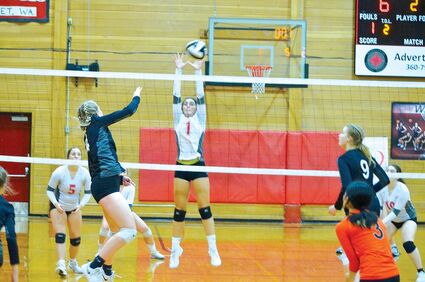 Bailey McKinley goes up for a block at the net.

The team hosted Napavine on Tuesday and won in four sets.

"My bench tonight was on fire, and their energy is beyond important," Coach Kayli Hurley said.

The Lady Mules head to Morton/White Pass tonight (Thursday). They'll go to Longview Saturday for the RA Long Tourney and to Winlock on Tuesday. They'll host Stevenson on October 7.