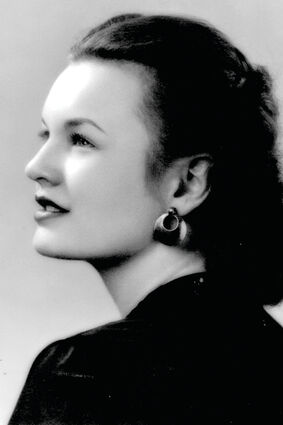 The daughter of Sheldon (Chuck) Pride and Vera Marie Nutting, she was born May 22, 1927, in Rupert, ID. As a child, she lived in Rupert and Los Angeles. She graduated from Rupert High School, attended business college in Los Angeles, and began working as a clerk in the Minidoka County Sheriff's Office. There she met a young reporter, Bob Nelson, and they were married in January, 1948. They had two children. She earned an associate's of arts degree in business and worked as a clerk in the Boundary County, ID, County Agent's Office, Lower Columbia College, The Wahkiakum County Eagle in Cathlamet and was the clerk of the Wahkiakum School District before retiring. The family arrived in Cathlamet in September, 1963, and she resided there until a stroke sent her to Beacon Hill Rehabilitation in Longview in 2019. 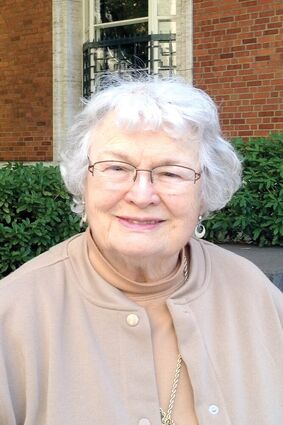 In her retirement, she pursued her interest in crafts, especially painting. She was a member of the Cathlamet United Church of Christ and St. James Episcopal Church. She was a Girl Scout leader, a reading tutor in the elementary school and a member of the Cathlamet Woman's Club. She was grand marshal of the Bald Eagle Day parade in 2009, and over the years won a six-inch-high stack of ribbons at the county fair, including her last one: a purple "Best of Show" for one of her Tropicana roses. She sang a lovely alto in the church choir and volunteered at numerous community events.

She is survived by her son, Rick (Mary Ann) of Cathlamet; daughter Amy (Michael) of Bellingham; grandchildren Jacob (Brandon), Jamie, Glen and Jossie; great-grandchildren Seema and Senet Borgmann; a beloved niece, Melinda Pride of Philomath, OR, a brother, Wally (Marilyn) Pride of Logan, UT, and a sister, Jacqi McClellan of Boise, ID, and numerous nieces and nephews. She was preceded in death by her husband, Bob, in 2006, by her parents, and by a brother, Sheldon Pride, and a sister, Nancy Proctor.

A memorial service will be scheduled in the future. Dowling Funeral Home is in charge of arrangements.