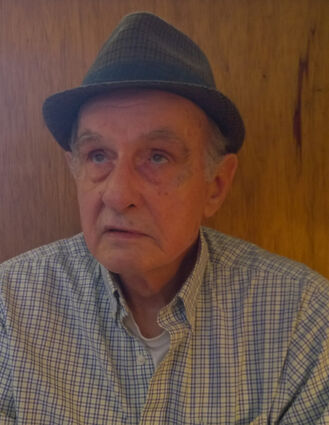 David Zimmerman, 83, of Cathlamet, died December 8, 2021, after a month long stay at a Longview nursing home.

He was born January 30, 1938, in Moberly, Missouri to Sylvia and Alfred Zimmerman.

Raised in St. Louis, Missouri with his five siblings, there was much mischief and humor to fill their days, qualities they carried into adulthood. Though the six eventually lived far apart, they laughed when they were together, and were ever loyal to each other.

David joined the Navy at the age of 17 and served for 20 years before retiring at the rank of Chief Petty Officer.

He married the love of his life, Judy, on December 20, 1966. Where and when they met is clear, but the details will remain a mystery, because the pair would smile at each other and laugh as they teased their two children, Diana and Lee, with various accounts.

David fell in love with Washington State while stationed on Whidbey Island, and the family moved to Cathlamet from the midwest in 1981, after Judy, an RN, was hired by the Columbia View Nursing Home. David eventually became the head of maintenance at Wahkiakum School District and worked there for nearly 20 years before he retired. 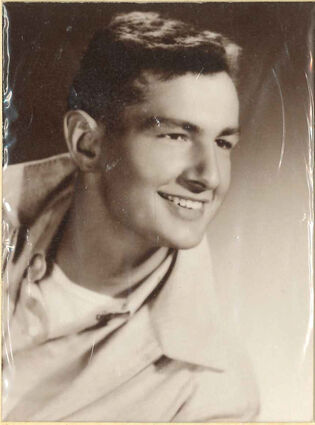 David was preceded in death by his wife, Judy, their daughter Lydia, a son from a previous marriage, Donald, as well as his parents and siblings Shirley, Alfred, Judy, and Sandra.

He is survived by his daughter, Diana, son Lee (Kim), and two sons from a previous marriage, David, and James (Joyce). Also surviving are his brother Mel (Penny), three grandchildren, four great-grandchildren, and numerous nieces and nephews.

A great reader, David quoted Mark Twain frequently, and nearly wore out his collection of Louis L'amour paperbacks. He liked to work with his hands, rooted for the St. Louis Cardinals, loved to take long road trips, and enjoyed the game of golf.

David was much loved. A man's man, almost always with a mustache and mistaken even by family without it, he will be remembered for his warmth, kindness, and sense of humor.

David was my uncle and though I hadn't seen him in several years, I loved him very much. He was such a kind man. My recollections are of a quiet man who made keen observations and had a great sense of humor. He loved his family very much. My mom (his sister Judy) adored him and I know there was a lot of love among the six siblings. Diana and Lee, I know you're grieving. I hope eventually your pain will be replaced by bittersweet and loving memories of your dad. Love you both.

What a beautiful testament to your Dad. I’ll always remember the great times that were had when our parents got together. Uncle David was quiet, but funny. He’d wait for just the right moment and zing you. You and Lee had wonderful parents. I miss them both. Love to you all.