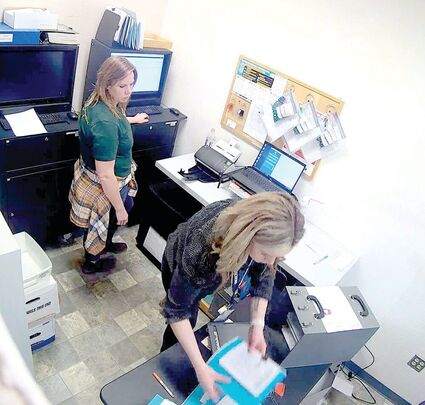 Wahkiakum County elections officials said 100 late arriving votes remained to be counted, and more could arrive by mail this week before the second count, which will be Friday at 11 a.m.

School district officials say the taxes collected by this levy will pay expenses of educational programs and operations that are not fully funded by the State of Washington, including technology, athletics, smaller class sizes, school safety, instructional materials, special education, maintenance, student activities, and support staff.

The early result pleased district residents who supported the levy and gathered Tuesday evening at a Cathlamet restaurant to go over results.

The result is close, and a heavy no vote later this week could defeat the levy.

"We're cautiously optimistic," Ron Wright, one of a committee who led an effort to support the levy, said Tuesday evening. "We want to thank the voters for their support."