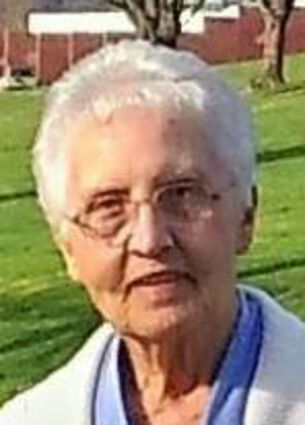 Theo Ruth Ferguson was born February 28, 1928 in Moorcroft, Wyoming to her parents James G. Dickinson and Shirley Schultz Dickinson. She was the youngest of four daughters. When she was eight years old her family moved to Falls City, Oregon. She graduated from Falls City High School and a year later married Milton Chauncey Ferguson, also from Falls City. They spent their early married life there. When Milton started working for the Oregon State Park Service they lived at Humbug Mountain State Park and later Silver Creek Falls State Park.

Their life was filled with chickens, cows and gardens. In the early years on the farm Theo sold eggs, butter and milk from the house and also delivered eggs. Theo was a career homemaker and took her job very seriously. She was involved with her children, her church, cooking and maintaining her household. She had a great sense of humor and a memorable laugh. She was loved by all who knew her.

Celebration of Life will take place Monday, February 28, 2022 at Steele Chapel on Mt. Solo Road in Longview at 3 p.m.