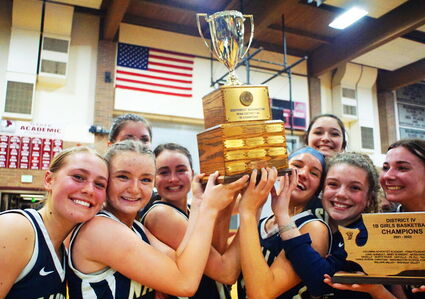 Both regional games are loser out. Winners will head to Spokane for the State 1B tournament, which begins March 2.

The Lady Mules lost to Adna 43-42 Saturday and took fourth in district. They will play Tonasket at 2 p.m. on Saturday, February 26 at Mark Morris High School in regional competition. The game is loser out. The winner will head to Spokane for the 2B State tournament, which begins on March 2.

The Lady Mules lost to Chief Leschi in the district semifinals 40-38 last Wednesday. They followed with a 60-38 win over Rainier on Thursday to continue district competition.

Ilwaco knocked the Mule boys out of the district tournament with a 71-47 victory last Thursday.