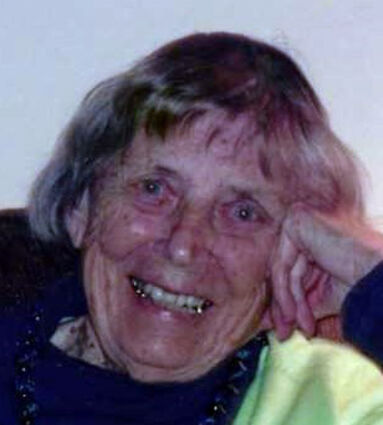 She was born February 11, 1918 in Portland, Ore., and was one of four children born to Kolman and Clementine Nissl. Cecelia spent her early years in Gaston and Carlton, Ore. Her family eventually moved to McMinnville, Ore., and Cecelia graduated from McMinnville H.S. in 1936. After graduation, she moved to Portland, Ore., where family and friends lived. She worked at several Portland firms in clerical and administrative support capacities before joining the Mobil Lift Corp. where she remained until 1957.

In 1957 she married Theodore "Ted" Barr of Portland, at St. Stephen's Catholic Church in 1960 and they moved to Cathlamet, where Ted had purchased the Cathlamet Welding and Machine Works. In that same year, Cecelia accepted employment with the Cathlamet Division of the Crown Zellerbach Corp. as a Timekeeper. She remained in that position until 1981 when she retired. Following the death of her husband in 1993, Cecelia moved back to Portland, where she remained until her death.

Throughout her life Cecelia was devoted to her Catholic faith and her immediate and extended families. She supported many local and national charitable organizations, but her favorites were the Maryknoll Society and St. Stephen's Catholic Church where she was a member of the Altar Society. She hosted many family dinners, attended family celebrations, and often invited her many nieces and nephews to spend a portion of their summer vacations with her and Ted in Cathlamet. Until her decline in health, Cecelia regularly attended services at St. Stephen's where a funeral mass will be held for her followed by interment at Mt. Calvary Cemetery, Portland. She will be missed by many.

Cecelia was preceded in death by her husband Ted, her parents, and her three siblings Katherine Toth and Anton and Joseph Nissl.

Suggested for those wishing to make memorial donations in Cecelia's name is the St. Stephen's Catholic Church Restoration Fund. The Church is located at St. Steven's Church, 112 SE 41st Ave. Portland, OR 97214.