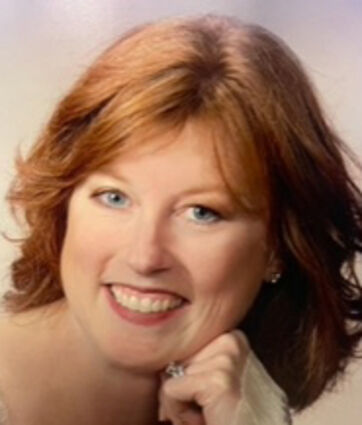 Lesa Wiborg (née Burns) was born at St. John's Hospital in Longview, Washington, on July 28, 1964, to Donna and LeRoy Burns. She grew up with her older brother, Les Burns, and her parents in Cathlamet, Washington, in the Elochoman Valley on the Elochoman River. Lesa attended Wahkiakum High School where she was a cheerleader, a gifted piano player, and a top student, eventually graduating as salutatorian in 1983. She was a woman who aspired to a wider world, and her talents took her to find new adventures in the Seattle area following her high school accomplishments.

In 1989 Lesa gave birth to her son, William Fiegel. Shortly thereafter, she started a graphics art and marketing business called Blue Moon. It was her work at that business that eventually led her to a career as Marketing Director with Stellar Industrial Supply.

On April 8, 1995, Lesa married the love of her life, John Wiborg. When she married John, she took on the role of motherhood to his four children. Although they were her stepchildren, she never referred to them as such and loved them as her own. Her five children were a tremendous source of pride and joy for her.

Lesa and John traveled extensively throughout their nearly 27-year marriage. They especially enjoyed Maui and Italy where they spent cherished times with many close friends. Lesa would often join her husband on trips related to his business, and through these travels made lifelong friendships with incredible people all over the country.

Lesa treasured her time at the family beach house in the lower Puget Sound, which they built together in 2001. She especially cherished joining her husband for outings on their boat and would always bring along her beloved dogs. She delighted in entertaining friends and family alongside John, whether cooking a delicious meal or warming at a beach fire. Asked what she enjoyed doing most, she would often say, "We [Lesa and John] just love being together."

Lesa was amazingly loving, caring, genuine, gracious, and gifted--a truly lovely woman. Her spirit lit up every room, and everyone she met was better for having spent time with her. She loved to laugh and took joy in all aspects of life with her family and friends.

Lesa is survived by her husband, John Wiborg, her parents, Donna and LeRoy Burns, her brother, Les Burns, and her children--Jake Wiborg (Emmy), Danny Wiborg, Will Fiegel, Lisa Wiborg (Edan) and Eric Wiborg (Katie). A private celebration of life event will be held March 6, 2022. The family requests that, in lieu of flowers, remembrances be directed to The John & Lesa Wiborg Endowment Fund at The Greater Tacoma Community Foundation, in memory of Lesa Wiborg.