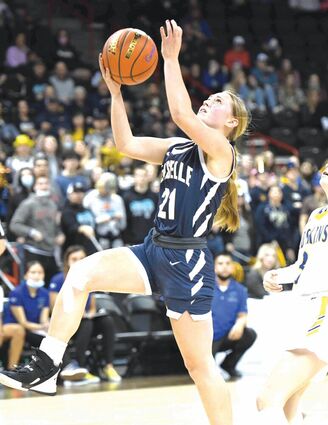 Brynn Tarabochia takes the ball to the hoop for the Comets.

The Naselle girls basketball team came home from the State 1B tournament in Spokane without a trophy, but not without a fight.

They advanced with a win in the opening round of games last Wednesday, beating Wellpinit 53-45.

The next day, Naselle lost 47-26 in the quarterfinals to Mount Vernon. 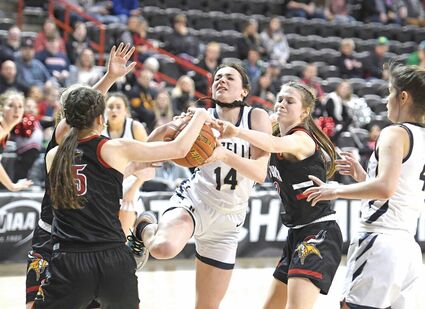 The Mossyrock defense was all over Comet Kaylin Shrives.

On Friday, the season ended for the Lady Comets with a 46-12 loss to Mossyrock.

The Naselle girls were 6-5 in league this season, and 16-12 overall. They took first in district.