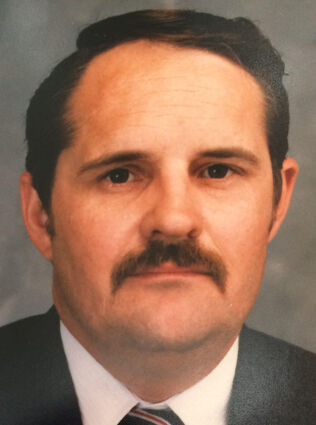 Marshall Thomas Thomson's final train came into the station on Monday, March 28th. He died at home in Cathlamet after suffering a cardiac incident. He was 77. Marshall was born in Minneapolis, Minnesota in 1944 and grew up in Stevenson, Washington. He went off to study logging engineering at University of Washington. He married Moira Waters in 1967 and earned his degree in 1968. Marshall went to work for Boise Cascade right out of college and took an assignment in Borneo. It was the first of many far-flung locales the couple would make their home and it sparked a lifelong love of world travel and cultural immersion. Marshall and Moira celebrated their first anniversary in Kota Kinabalu, Sabah, Malaysia (Borneo) and lived-in Southeast Asia for five years where he walked, camped, and forded rivers in Sumatra, Indonesia for timber companies looking for good stands of timber. He designed camps, built bridges, designed roads and learned to speak Bahasa Indonesian. Over the course of their 54-year marriage, they have lived in seven countries, traveled to 70 more, and built three houses together, including a new home in La Paz, Mexico where he and Moira were enjoying spending time.

In 1972, Marshall and Moira settled in Longview, where they raised their children. For the majority of his career Marshall was the Operations Manager for Ostrander Rock Construction Company and in 1996 they moved to Little Cape Horn in Cathlamet to live near the river and have more space for Marshall's passion – his narrow-gauge model train business (www.republiclocomotiveworks.com). In 1987, he was voted best modeler in the USA by the National Model Train Association. He was a dedicated member of the Kelso Rotary Club and devoted himself to six clean water projects in Honduras where he was able to bring drinkable water to thousands. Marshall retired in 2010.

Marshall is survived by his wife of 54 years, Moira; a daughter, Leah Thomson and husband Jorge Vizcaino of Monterey, California and their sons Andres and Emilio, both 16; a son Ryan Thomson and wife Amber of Gresham, Oregon and their sons Ethan, 20 and Evan, 18. In lieu of flowers, please consider making a memorial donation in Marshall's name to Rotary International, c/o Kelso Rotary Club, PO Box 333, Kelso, WA 98626.

A Celebration of Life will be held on Friday, April 8th, from 2-5pm at the Longview Country Club. Everyone has a Marshall story. Friends were required to have a good sense of humor: he instantly insulted you or made you laugh so hard you cried. Please join us to celebrate his adventure-filled life.