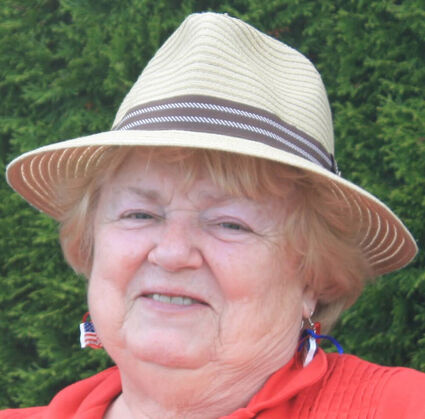 Carol was born to John and Lillian Reynolds on July 30, 1941 in Cincinnati, Ohio. Carol met her husband, Wayne, at a party in March of 1968 and he proposed to her on their second date. They were married June 14, 1968. She is survived by their loving children Spencer and Elizabeth Cole.

Carol spent her career as a Registered Nurse. She graduated from University of Cincinnati with a BSN and later in life completed her Master of Public Health from Loma Linda University. She started her nursing journey in the Emergency Department and spent time in several other specialties before finding her home as a Public Health nurse. She worked for the Multnomah County Public Health Department for over 20 years. She poured her heart and soul into work, her team and her family.

Never one to lose a trivia game, Carol had a sharp mind, a joy for learning and a desire to travel the world. Carol and her husband retired in 2003. They bought land shortly afterwards and moved into their new home on Puget Island in 2005. They began travelling shortly afterwards visiting China, South and Central America, Europe and many places across the United States.

Throughout her life she stayed busy. She played the violin as a member of the Mt. Hood Pops Orchestra and in retirement volunteered with many local organizations and activities including (but not limited to) the Woman's Club, Board of Equalization and the Advisory Council for the Area Agency on Aging & Disabilities of Southwest Washington.

Carol was the family's planner and organizer. She was a devoted wife, mother and community member. She made a concerted effort to expose her children to as much as possible ranging from her classical music concerts (much to their dismay) to supporting them through a variety of sports. She will be forever loved and missed.

Carol is preceded in death by her husband Wayne and brother Rex. Her survivors include children Spencer (Sandy) and Elizabeth (Katie), three grandkids Mason, Ronan and Ender and several nieces and nephews.

In lieu of flowers or other remembrances, donations may be made to: Love Street Playhouse (Woodland, WA) or Dolly Parton's Imagination Library.