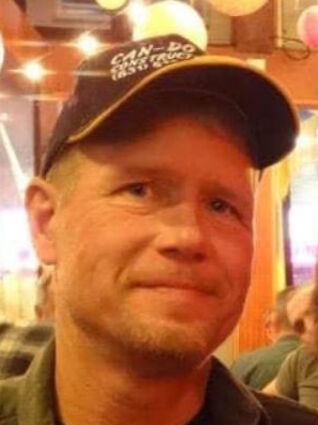 Dave Heiner, age 55, was born a fighter and Can Do'er from the start surprising the doctors all along the way starting with his very first, "Oh no you don't, here I come!" into this world. He grew up in Altoona and Naselle, Washington and couldn't get out of high school fast enough after being inspired while working construction between his junior and senior year with his Uncle Rick Stelzig and signed up to join the U.S. Navy Seabees before he graduated. He served honorably for five years and met the love of his life while home on leave. He couldn't wait to get through the next deployment in Guam and get back to her, where his path led him home and they married in 1990. Dave took the Seabee's "Can Do" motto and paired it with his Tasmanian Devil attitude and created his own "Can Do Construction" general contracting business for residential and commercial construction throughout Wahkiakum County. After the events of 9/11, Dave and Rhonda moved to California where Rhonda trains horses and Dave re-started his business after a couple years, working residential construction throughout the south Bay Area for 19 years. He never advertised his business, but neighbors talking always ensured he was busy. Although they never struck California gold, they lived a rich life full of love together. Dave never shied away from a beer and barbecue, and like Motel 6, he always left the light on for visitors. Over the last five years, Dave survived a broken back from a construction accident and two bouts of cancer, driving himself to and from his cancer treatments and returning to his jobsites. He always remained positive and strong through these immense challenges. He continued to inspire others in their struggles through his example and indominable spirit, lifting them with his "good mornings" and "have a great day's", and "get-r-done's." Even through his battle with ALS, he maintained his "Can Do" attitude until the very end and succumbed to the disease on May 29th, 2022.

Dave is preceded in death by his dad, Doug Heiner, and step-dad, Bill Pratt and many other relatives. He is survived by his loving wife, Rhonda, his mom, Diane Pratt, and step-mom Patty Minaker; daughters, Desaree (granddaughters Aubrie, Cooper, and Dylan), and Stephanie (grandkids Myrra, David, and Madelyn); his brothers, Scott (Judy) Heiner, Dale Heiner, twin Doug (Denise) Heiner, Willie (Amanda) Heiner, and Ricky (Crystal) Heiner, and many nieces and nephews, and other family members.

A celebration of life will be held at the Dowling Funeral Home in Cathlamet, Washington at noon on June 18th, 2022 with a small graveside service to follow immediately afterwards at the Greenwood Cemetery.