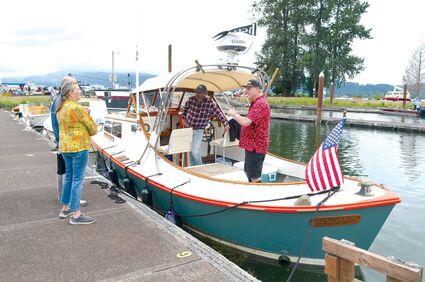 There was a lot to see at the Elochoman Slough Marina on Saturday with the Wooden Boat Show going till 4 p.m., and a Funky Car Show on offer at River Mile 38 at 5 p.m. According to the chief organizer of this year's Wooden Boat Show, Michael Armstrong, there were at least 25 boats at this year's show, which included wooden vessels, fiberglass, steel, and aluminum. There was a lot of history on display, including an engine from 1925. 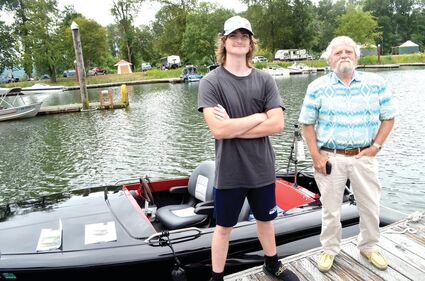 Craig Sears and his grandson Kevin Westcott, who Sears referred to as Captain, enjoyed talking to visitors about their 1960 G3 Glaspar almost as much as they enjoyed spending time in it. Sears remembered tearing up and down the Columbia in the same model boat with one of his good friends when he was in high school. "We were allowed to go as far east as Rainier," he laughed.

Several drivers showed up at River Mile 38 to show off their cars, but it was the owner of a 1960s era Corvette that took home the trophy this year.