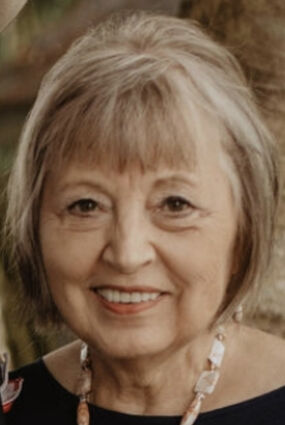 Sandra Jane (Olsen) Boldt passed away peacefully at PeaceHealth medical center in Longview, Washington on July 28th at the age of 75.

Sandy was born to Mervin and Myrtle (Bennett) Olsen on June 13, 1947 in Longview, Washington. Sandy attended school in Cathlamet as a child and later graduated from Wahkiakum High School in 1965. It was in high school where she met Arthur Boldt Jr and married him on July 27, 1965. They had two daughters, Shelley and Patti.

Sandy's first job was at the Wahkiakum County Courthouse in the Auditor's office where she worked for several years. Art and Sandy later divorced. Sandy was offered a position at the Bank of America where she continued to work for 30 years while raising her two daughters.

Sandy's life revolved around her girls and their activities. She always gave back to her community by volunteering at every event the town offered. Sandy volunteered for the Chamber, was a member of Woman's Club, ladies night, several Bunco, Pinochle and hand and foot card groups. Attending birthday parties, events or celebrations of life were very important to her. Sandy enjoyed going to the casino with her family and friends, going on drives and traveling to tournaments. After retiring from the bank she was offered a job at RD Olson Manufacturing where she worked for 10 more years.

Sandy's most important accomplishment and the one she was most proud of were her six grandchildren and one great grandchild. She never missed an activity. Sandy not only supported them but all their friends and teammates. She was known to all in the stands as "Grandma Sandy."

Sandy was preceded in death by her father and mother, her two brothers Wayne and Jeff Olsen and most recently by her cousins Mary (Vog) Cothren and Ron Vog.

A graveside service will be held at Greenwood Cemetery in Cathlamet on Saturday, August 27th at 11:00 a.m., with a celebration of life following at the Duck Inn in Skamokawa, Washington. Everyone is welcome.