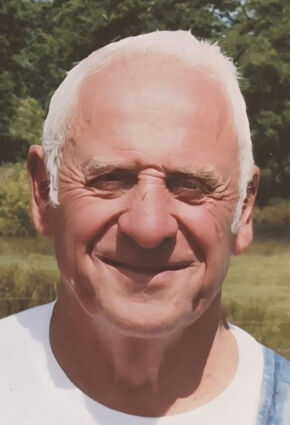 Dale F. Strueby, of Longview, and former longtime resident of Cathlamet, died at age 93 in Vancouver, August 19, 2022. Dale was born in Oso, Washington February 18, 1929 to Frank and Gladys (Fry) Strueby. He was the oldest of three children including his younger sisters Joyce and Carolyn. He graduated from Kelso High School in 1947. Later, he served in the US Army's 1st Cavalry Division in the Korean War.

After his return home from Korea, Dale became a Journeyman Electrician for Weyerhaeuser. Also, childhood friend Margaret Brown of Kelso would become the love of his life. The two were married February 18, 1955 (yes, his birthday) in Longview and had three children – Frank, Lisa, and John. They started their 1st farm together, albeit small, in Castle Rock. After a few years, they moved from Castle Rock to a larger farm on Mt Pleasant in Kelso. In 1966, he moved his young family to an old dairy farm in the Elochoman Valley in Cathlamet. He raised beef cattle there for the next 52 years.

Dale was an ambitious and hardworking people person. In addition to building and maintaining a beautiful farm, he had many lifelong friends from his time growing up in Kelso, working at Weyerhaeuser, and living in Cathlamet. He and Margaret loved having large "get togethers" with family and friends. A former Kelso High football player himself, he loved following the Hilanders as well as the local Wa-Ki-Hi Mules.

A celebration of life is planned at Haydu Park in Kalama, September 18th at 1 p.m.