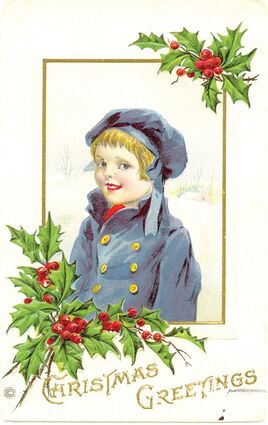 "For many years Puget Island was known as Little Norway. Christmas was our biggest Norwegian celebration of the year. Each family brought the traditions of their area and for weeks the women baked beautiful cookies in the irons they had brought from home; krumkake,fattigmond, sandbakkels, rosettes, goro and many more. Of course, lefse was our favorite.

The men made the rullapulse as it had to be tightly rolled, tied, cooked and pressed. It was made of flank steak filled with lamb and spices and served thinly sliced on homemade bread.

Christmas trees weren't brought in and decorated until the week before Christmas as they had to last for the 12 days of Christmas on Epiphany Day, January 6. We had a few treasured decorations my dad brought from his home when he came to Puget Island in 1921.

I add them to my tree every year.

As we would be having a huge dinner on Christmas Day, we had a light supper of pickled herring, brown goat cheese, rulla, rice pudding, breads, and cookies on Christmas Eve. Then we got to open our presents as they were brought by the Jule Nissa (Christmas elves) instead of Santa Clause. When I was little, I left drawings of what I wanted under the tree as a nissa might not understand English and just to be sure, I wrote my letters to Santa too.

We received presents and clothes, mostly made by my mother, or knitted by a neighbor. Grandmother in Brownsville sent us slippers or boot socks which she knitted for us every year. My mother was one of the few non-Norwegians on the island but she learned to make all the various dishes that dad remembered. Lutefisk (cod preserved in lye), soaked and gently cooked), was served with white sauce or melted butter. Ahem! Spikekjot (dried leg of lamb) or pinnekjot (dried ribs) actually tasted better than they smelled. They were served with boiled potatoes and rutabagas.

There were lots of activities going on throughout the holidays. First was our school program, which was held in the Puget Island Grange since the old grade school didn't have a community room. Then there were church programs and singing. And the Norse Hall hosted the annual New Year's Eve Dance which was a major event with friends and relatives coming to join in the fun. Norwegians loved to dance.

The holidays must have been bittersweet for those who missed their homeland and relatives. They told us stories of breaking huge icicles off the rocks and skiing and ice skating as kids in the "old country" and how beautiful the mountains were all covered in snow. And so we continue the traditions as they taught us and pass them on to our children.

Photo of the Week: Christmas Postcard Memories from Bonnie LaDoe:

"I am blessed to have my mom's old postcards. For many years, I put the Christmas and New Year's greetings sent so long ago on my Christmas tree. They start in 1911 and go through the 1920's, all simply addressed to my mom, Irene Upton, at either Eden Valley, Rosburg, Grays River or Altoona, Washington. No address, no PO Box and no Zip Code in the early years. But by the 1920's, some have a PO Box. Enjoying them at Christmas is a way of honoring and remembering my mom and all the lovely people in the place where she was raised. Here are a few for you to enjoy. Merry Christmas to you all!"

Maude Butler Paintings: Maude Butler, mother of Julia Butler Hansen, learned to paint as a young child. Maude's mother was the bookkeeper for a timber company on the Elochoman River. She kept the books and often had to travel to Portland to meet with company management to report on financials. She took Maude with her and while in the meetings, Maude was given a tablet and pencils so she could draw and be occupied. As Maude grew more proficient, she turned to watercolors, her favorite medium. The paintings on display on the walls of her house in Cathlamet are the same ones Julia had in her office in Washington DC when she was in Congress. Maude began painting her early memories of Cathlamet in her later years. When seen in the house, they show Cathlamet's development over many decades. David Hansen is now the fourth generation to own the house. In Maude's later years, Julia would set up a bouquet of flowers in a vase and set it out in the garden for Maude to paint. It would take her several hours and keep her just as content as she had been as a small girl drawing while her mother was in a meeting. When her grandson, David Hansen has the house open for visitors on special occasions, the collection of early Cathlamet paintings can be seen throughout the house. If you would like to contact David to ask for the house to be opened, give me a call at (360) 465-2414. I will give you his contact information.

The Finnish American Folk Festival sponsored two days of Christmas celebrations last weekend. A bazaar during the day on Saturday ended with the lighting of the new Christmas tree at the Community Center. On Sunday a lovely Christmas concert was presented, followed by a tour of homes. After the home tour a soup supper was offered to end the day. It was a lovely way to celebrate the community and be with both old friends and new neighbors. I especially enjoyed Karen Nelson and her trio of daughters singing "O Holy Night" at the concert. Siblings singing with their mother at the piano is truly a unique gift from God. Singing families always have such a unique sound. Maybe it's because of the love they share?

December 18: After dark, drive around the area to see holiday lights from 6 to 9. – light up your house, then take a fun drive and pray for a clear sky!

December 20: Naselle GRV School Board meeting at 6:30 in the school library.