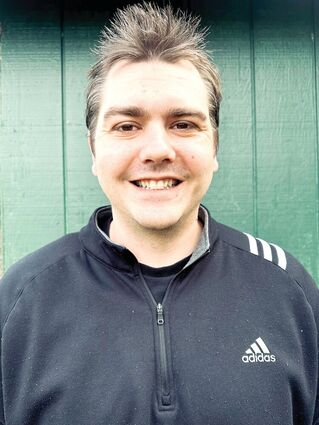 Lofstrom, who graduated from Wahkiakum High School in 2008, never wrestled for the Mules. Instead, he played for the basketball team. These days he knows that if wrestling and basketball had different seasons, he would have gladly participated in both.

After graduating, Lofstrom headed to Central Washington University, where he studied philosophy and earned a bachelor's degree. With an itch to travel, he headed to Thailand, where he would spend most of the next 10 years teaching and visiting countries around southeast Asia.

He also earned a master's in economics while he was there, which led to more opportunities teaching not just English as a second language, but economics and business administration as well. Before he was done, he would teach at both the high school and university level and realize that teaching was his true passion all along.

Home again, and joined by his wife Kwan, who he met during his first year overseas, Lofstrom plans to continue his journey in education. The degree he earned in economics was not at an accredited university, so he's started another masters, this time in teaching.

Lofstrom is currently observing at the high school as part of a teacher's license program, hoping it will lead to a full time position, so he can stay in the community near his family.

During his travels, Lofstrom got into Muay Thai, the national sport in Thailand.

"I had a good friend who owned a Brazilian jiu jitsu gym," Lofstrom said. "He and and another practitioner were very high level wrestlers. They would do wrestling classes a few times a week and I would be a big part of those. Multiple forms of mixed martial arts, I guess you would call it."

"I really grew to love wrestling and jiu jitsu," he said. "They are very different, obviously.

Wrestling is about standing to pin, basically getting them flat on their back by any means necessary with take downs and transitions and escapes and reversals, whereas jiu jitsu can start on the feet. It is basically submissions, so it often starts with both people on the ground doing chokes and arms, and arm bars, and leg locks, none of which is legal in wrestling."

"They are from the same tree, but different branches," he added. "They are both grappling. I've done a lot of research and practiced a lot of wrestling with the coaches that I had in Thailand. There was definitely a differentiation between wrestling days and jiu jitsu days. Just knowing them both you realize what is off limits. There is very little carryover between the two."

As for Mule wrestling, Lofstrom would like to see it return to the robust program it was not so long ago. He hopes the community will get involved again.

"I think they are going to do fantastic," Lofstrom said of this year's team. "They have wonderful attitudes. We had our first meet yesterday and I was really proud of them. I try not to focus on the wins or losses but their effort and attitude. I could see they were willing to get in there with much bigger schools and they left it all out there, I was really proud of them."

Joshua Miller is in his second year as an assistant coach for the team. He has a background in mixed martial arts, jiu jitsu, and wrestling. A paraeducator for the school district, he likes to volunteer much of his time in the community, helping with the robotics team, he said and at the Skamokawa Fire Department. 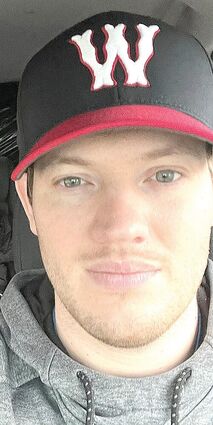 Miller grew up in Warrenton, eventually settling in Cathlamet with his family a little over a year ago.

He wrestled a little in school and has been teaching Brazilian jiu jitsu and traditional wrestling for a number of years.

"I've always really enjoyed MMA and grappling, and I really enjoy working with the high school and middle schoolers," he said. "We're trying to keep it going and expanding it. We have a lot of people graduating soon. There is a youth wrestling program and it's always exploding with kids, but they hit middle school and they all gravitate to basketball, but we want them to know this is here too."

Miller was excited to share the results of a 4A all girl tournament in Yelm at the start of the month. Wahkiakum's Lily Hale placed sixth in her class, he said, and her teammate McKenna Mendez took eighth overall.