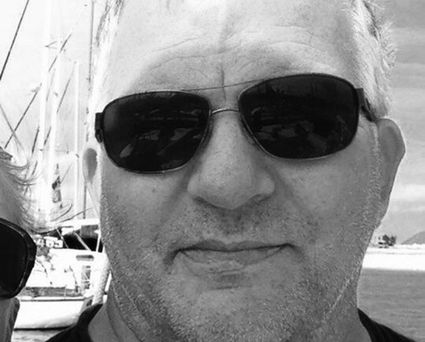 He had a serious love for the Lord Jesus and leading others in the study of His word.

Stan also owned a beautiful sailboat and charted the waters of Lake Erie, Indian Lake, Grand Lake St. Marys, the Pacific Ocean, the Columbia River, the Gulf of Mexico and Lake Michigan. He also enjoyed riding his Harley and driving his Corvette.

He married Paula Hacker in 1984 and they raised her daughter, Jennifer. Stan and Paula gave birth to Holly in 1986.

While living in Corpus Christi between 2013 and 2016, Stan attended First Baptist Church and resided at the Carlton House. He was a member of the Senior Center.

In his professional career he worked for Lubrizol, Pennzoil, Borg-Warner, Ashland Oil, Valvoline and Amoco Oil, among others.

Stanley was athletic in many sports including wrestling, swimming, tennis and cycling.

He loved his family, including his father, whom he helped to care for him for three years after moving back to Lima from the state of Washington. Stan also cared deeply for his daughter Holly and his mother, brothers, sisters, nephews, nieces and great-nieces.

Stan graduated from Copley High School in 1971, from Ashland University in 1977 with a major in Chemistry and a minor in Religion. He also received his master's degree in Chemistry in 1982 from Cleveland State University.

There will be a memorial service at Elochoman Marina at 500 2nd St Cathlamet WA on Sunday October 15 at 2:00 p.m.