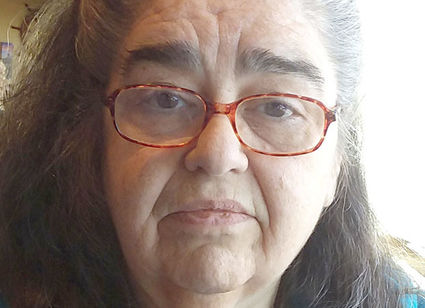 She was born July 6, 1955 in Portland, Ore., the third child of John Alt Hopkins and DeLorys Mae Larison Hopkins.

Beverly was an active child who spent time in the out-of-doors with her parents and cousins enjoying the freedom and beauty of picnics and fishing trips along the Clackamas River.

She married the love of her life, Thomas Reed Ferdina, March 17, 1978 in Vancouver, Wash. They had two children, Laura and Robert before Thomas's sudden death from a heart attack in 1993 after just 16 years of marriage.

Shortly thereafter she was diagnosed with an incurable eye condition and pending blindness.

She was preceded in death by her parents, one sibling and her son Robert in 2013. By then she was legally blind and came to Puget Island to live with her cousin Renee Robert.

Last year she was given a surprise trip to Alaska to visit the North Pole with Renee.

Beverly enjoyed helping others and spent countless hours knitting hundreds of scarves and blankets for the needy and homeless. She also enjoyed helping the Lions Club with events like bingo, etc. She had hoped to donate her body to science.

Those wishing to help with final expenses due to her untimely death are asked to contact Renee Robert at (360) 849-4003.