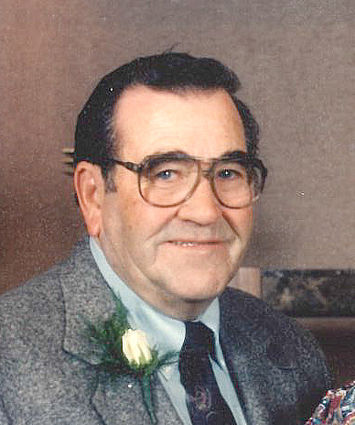 Robert Wegdahl, 91, of Longview, was born in Vega, Norway, to August and Hilda (Pedersen) Wegdahl. He died in Longview on December 23, 2018.

Robert attended Cathlamet schools. He served in the Army during World War 11, and retired as a commercial fisherman in 1995. Robert was a member of the American Legion and the Elks. He was a Husky and Mariner fan but cheered loudest at his granchildren’s sporting events. Robert enjoyed fishing at Willow Grove and Puget Island, going to casinos, golfing, dancing, singing and jigsaw puzzles. He was a stubborn Norwegian with a warm heart who dearly loved his family and friends.

Robert had children Bob, Marnee and Martin with his first wife, Leona Maye. They also had a daughter, Threasa, who died in infancy. They later divorced. In 1957 Robert married Mabel M. Dack and added son Rocky and stepson Danny. Mabel preceded him in death in 2001. Robert was also predeceased by sisters Mary Jacobson and Sally Lamb and brother Leander Wegdahl.

Robert is survived by his sons and their spouses, Rocky and Miria Wegdahl of Longview, Bob and Carol Wegdahl of Cathlamet and Danny and Ellen Graham of Mooreville, N.C .; four grandsons August Wegdahl of Seattle, Austin Wegdahl of Longview, Michael Wegdahl (Stacey) of Cathlamet and Gavin Graham of Mooreville; a granddaughter Caren Chandler (Frank) of Longview; and four great grandchildren, Travis, Tori, Nayte and Brooke. Robert was blessed to share the last 10 years of his life with his dear friend Millie Sutherland.