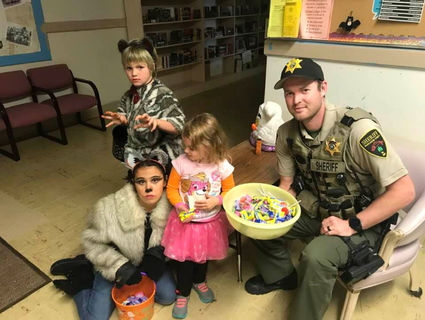 Halloween in the Westend

The ancient Celtic festival of Samhain (pronounced sow-in) is the origin of Halloween nearly 2,000 years ago in the area that is now Ireland, the United Kingdom and northern France. They celebrated their new year on November 1. This was the day that marked the end of summer and harvest and the beginning of the dark, cold winter. It was a time of year that was often associated with human death. The Celts believed that the night before the New Year, the border between the worlds of the living and the dead became hazy. On the night of October 31 when they celebrated Samhain, they believed that the ghosts of the dead returned to earth to cause trouble and damage crops. Celtic superstitious assumed that the presence of the ghostly spirits made it easier for the Druid Celtic priests to forecast the future. Druids built massive sacred bonfires to commemorate the event where the people assembled to burn crops and animals as sacrifices to their Celtic deities. While celebrating the Celts wore costumes consisting of animal heads and skins with an attempt to tell each other's fortunes. After the celebration they re-lit their hearth fires from the sacred bonfire to help protect them during the coming winter.

Here on the Westend, it isn't done quite like the Druids, but if anyone likes candy, then there was enough to go around to put the entire county into a diabetic coma. Twenty-five percent of all candy sold in the United States is purchased just for Halloween.

Johnson Park was the setting for their annual Halloween party. Not only were there tons of candy for the children and the adults, the cafeteria was set up for movies for everyone's enjoyment. Hotdogs and delights were served along with punch. The highlight of the evening was a visit by the Wahkiakum County Sheriff's Department. Deputy Billy Conrad gained some respect from the community by passing out candy to the children. They loved it. Of course, county Commissioner Mike Backman delighted the adults as well as the children by coming dressed as Superman.

Rosburg Hall was the setting Saturday for their annual holiday bazaar. They had a variety of items for sale along with a variety of baked goods ranging from pies, cookies, assorted breads and rolls. The Rosburg Community Club hosted the event for vendors to sell items ranging from typical yard sale items to fancy jewelry, wooden lamps, scented waxes, and too many other things to describe. As always the ladies in the kitchen cooked a delightful chicken dinner. The money collected for the dinner as well as table rentals is for the maintenance cost of the hall. Contact Frieda Footh (465-2574) or Sonja Kruse (465-2251) for Rosburg Hall rental.

American Legion Post #111 honors our men and women veterans by holding their pancake breakfast this Saturday 8-11:30 a.m. at the Rosburg Hall. The breakfast includes pancakes, sausage or ham, eggs, coffee, milk, and orange juice. The cost is $6 for adults and $4 for children 3-12. For over two decades American Legion Deep River Post #111 has served the local community faithfully with the purpose of fulfilling The American Legion's 1919 Mission Statement that was founded on four pillars: Veterans Affairs & Rehabilitation, National Security, Americanism, and Children & Youth. Each of these pillars encompasses a variety of programs that benefit our nation's veterans, its service members, their families, the youth of America and ordinary citizens. These programs make a difference in hundreds of thousands of lives each year nationwide. Proceeds from the breakfast go to these programs.

For the month of November, the Grays River-Naselle Senior Lunch Club will serve lunch on Nov. 6 and 13 at Rosburg Hall. On Nov. 20, the Thanksgiving potluck lunch will be held at Valley Bible Church. The Senior Lunch Club will provide turkey and ham. There will be no lunch gathering on Nov. 27. All lunches will be served at 12 noon.

The Old Naselle Grange the locals jokingly called the "Outlaw Grange" was the site of the 1st Annual Halloween Party. Although the Grange is no longer in operation and has a new owner, the Halloween party will be held there each year, and the decorating of the Grange took over a week to prepare. Holly Engelson coordinated the event and when she asked for volunteers and donations, she was amazed at the generosity of the community. A little different than what was going on at Johnson Park, but just as fun and plenty of food and goodies for everyone. During the week the building hosts Alcoholics Anonymous on Wednesday evenings from 6:30-7:30 p.m. 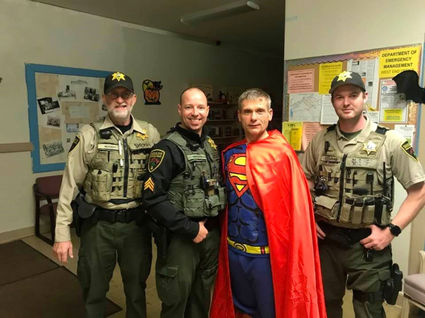 If you haven't gone before then now is the time to enjoy the Naselle Lutheran Church's Bazaar and Bake Sale this Saturday from 10 a.m. to 2 p.m. The church is located at 308 Knappton Road. Holiday inspired shopping will abound with a variety of handcrafted items, quilts and baked goods including traditional Finnish recipes. Coffee with homemade donuts and a "Soup Bar" served by donation will also be offered. All proceeds will be dedicated to the "Fix Our Roof Fund." For further information, call 360-484-3826.