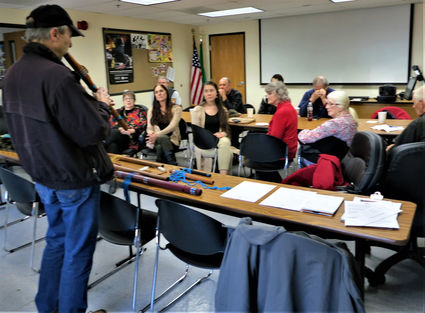 The Wahkiakum County Historical Society held its Annual Board Meeting and pot luck dinner at the Cathlamet Fire Hall on Saturday, November 2. Besides the normal business meeting, curator Kari Kandoll presented her year end report, and David Olson presented a slate of officers nominated for the coming year. The slate of President - Linda Wright, Vice President - David Hansen, Treasurer - Frans Eykel, and Secretary - Tiffany Mora was approved. Guest speaker was Dan Hoggart of Puget Island, a member of the Sioux Nation, a practitioner of the art of crafting flutes in the style of his tribe. He exhibited and played several different styles of flutes, and explained how they were built. Photos by Frans Eykel. 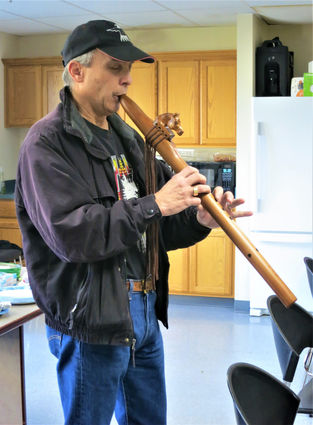