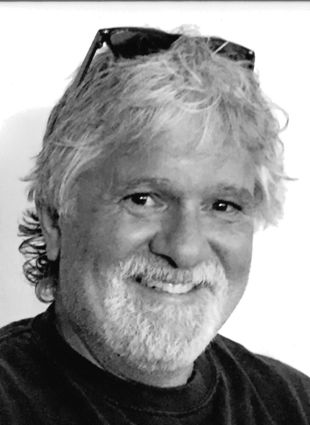 On November 7, 2019, with family by his side, Richard (Dick) Quigley, 63, passed away after a short, but brave battle with esophageal cancer.

He was born in Longview, Washington on December 26, 1955, to Winifred Katherine (Bozanich) and Lawrence Edward Quigley. He grew up in Cathlamet, Washington, got his first rowboat when he was eight, and spent hours exploring the surrounding forests and rivers. He graduated from Wahkiakum High School in 1974 where he was a multi-sport athlete. After graduation, what was supposed to be a summer of adventures with his friends, came to a halt when he met his future wife a month later. He and Jennifer Ellison were married in Seaside, Ore., June 10, 1978.

Dick enjoyed a variety of jobs such as housing construction, sign making, small boat building and repair, and marina maintenance, before finishing his career in the Facilities/Maintenance Department at Columbia Memorial Hospital where he worked for over 24 years. He was very proud of his ability to find solutions and left his mark on many projects.

He had a passion for small sailboats and rowboats, and by last count had built, repaired or refurbished well over 250. He also loved music, owned several guitars, and was constantly creating a new art project. Reading biographies, crabbing, clamming, traveling and spending time with family and friends filled his life with pleasure.

What brought him the most joy in life were his two daugters, Kristann (Nick) Cibulka of Reedsburg, Wisconsin, and Allison (Brook) Smith of Delta Junction, Alaska. Dick always wanted grandchildren and was blessed with Nora Cibulka and Weston Smith. In addition to his wife, daughters and grandchildren he is also survived by his brother Gary (Terese) Quigley of Cathlamet, Washington, mother-in-law Nora Ellison of Sisters, Oregon, brother-in-law Paul (Yvonne) Ellison of Clackamas, Oregon, sister-in-law Lisa (Art) Belanger of Astoria, Oregon, in addition to numerous nieces, nephews and cousins. He was preceded in death by both his parents and his father-in-law, William Ellison.

At Dick's request, there will be no service. Instead he asks you to do three things; enjoy each day for the blessing it is, tell those closest to your heart how much you love them, and at a future sunset, raise a glass in his memory. He was a good man and will be missed.