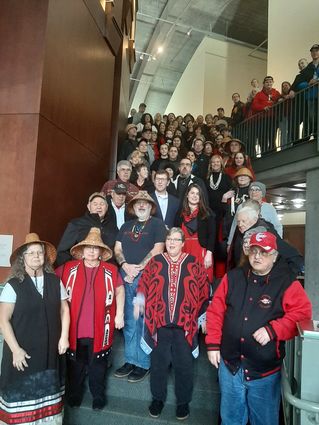 The Chinook Indian Nation returned to federal court on Monday to carry forward their longstanding fight to re-petition the US government to restore federal recognition.

Arguments by attorneys for the US Department of the Interior and the Chinooks took place before US District Judge Ronald Leighton at the historic Union Station courthouse in Tacoma. The Chinook Indian Nation rallied members and friends before the hearing and packed Judge Leighton's courtroom during two hours of oral argument over cross motions for summary judgment. In attendance were Chinook Tribal members along with members of the Swinomish, Grand Ronde, Duwamish and Lummi tribes.

The Chinook Tribe sought an order invalidating a Bureau of Indian Affairs (BIA) regulation prohibiting the Chinook, as a tribe whose previous recognition was revoked, from re-petitioning for recognition through the BIA. The Chinooks also sought a judgment acknowledging the tribe's right to funds previously appropriated by Congress and awarded by the United States Court of Claims. At the hearing, Judge Leighton described the key issue in Chinook tribal claims as one of "fundamental fairness."

In 2002, the BIA denied the Chinook's reconsideration petition. The agency has refused to reconsider the denial even after acknowledging that 2015 federal rule changes provided a clearer path to recognition for the Chinook. The BIA's new rules also prohibited tribes who had previously been denied recognition from reapplying, appearing to base this bar primarily on workload impact on the BIA. 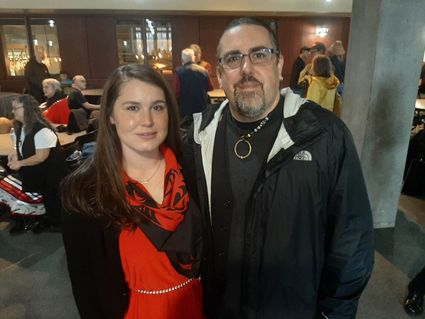 The Chinook said that was unfair and unconstitutional. Judge Leighton was sympathetic, describing the case as presenting a "tremendous decision" where legal precedent must be construed "liberally in favor of the (Tribe)." Judge Leighton also observed "there is so much mistreatment of Indians in this country that it compels me to give the benefit of the doubt to the Chinook Indian Nation."

The Chinook Indian Nation is made up of the five western-most Chinookan speaking tribes at the mouth of the Columbia River - the Clatsop and Cathlamet (Kathlamet) of present-day Oregon and the Lower Chinook, Wahkiakum and Willapa of what is now Washington State.

Judge Leighton said he would issue his final decision within two weeks.

Editor's note: Cathlamet resident David Olson is a retired attorney and a member of the Cathlamet Town Council.