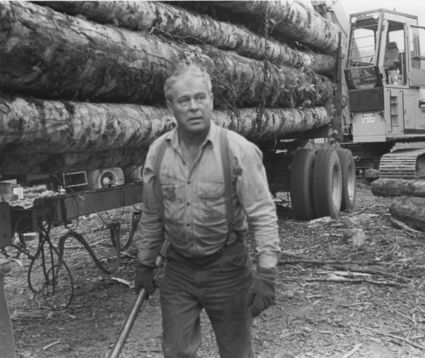 Franklin "Buzz" Moore passed away, surrounded by his loving family, on January 27, 2020 in Longview, Washington. He was 88 years old. Buzz was born March 29, 1931 in McKenna, Washington to Thomas and Edna (Martineau) Moore. He grew up in a large family, the 7th of 13 children. Growing up, his family lived in the small towns of National and Ashford in Pierce County. He attended Ashford School and Eatonville High School.

On September 5, 1953, Buzz married Jeannine Freeman in Seattle and they made their home in Morton. Buzz drove log truck for several years before going to work for the Washington State Department of Transportation in Morton. In 1962 he transferred to Cathlamet with his family. After retiring in 1986, he began another career driving log truck for Wirkkala Sons Logging and Jerry DeBriae Logging, which he really enjoyed. Buzz loved the outdoors, hunting, fishing, gardening, cutting firewood, cooking, canning, hummingbirds, his dogs and spending time with family. He enjoyed barbecuing and was famous for the salmon he prepared at the annual family reunions. Buzz enjoyed many hunting trips in the Willapa Hills with his son, brothers and nephew. He and Jeannine enjoyed wintering in Arizona from 1997 to 2007.

A private family memorial will be held. Those who wish may express their sympathy by donating in Buzz's name to Community Home Health and Hospice, PO Box 2047, Longview, WA 98632. Dowling Funeral Home is in charge of arrangements.

Buzz's family would like to thank the Memory Care Community at Canterbury Inn for the loving care they gave Buzz during his stay there.