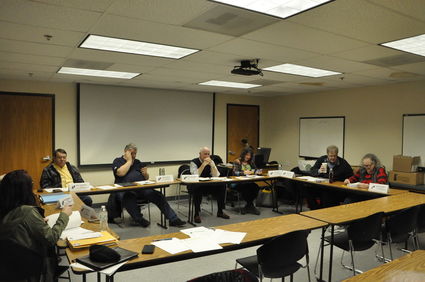 For the second month in a row, the monthly meeting of the Cathlamet town council on Monday reached the four hour length as council members tackled a variety of business items.

Next month may not have the long meeting, for the council amended the town meeting ordinance to establish two regular meetings per month, instead of one. The council will meet on the first and third Mondays, 6 p.m., in the DeBriae Fire Hall Meeting Room starting March 2.

--The town opened the Butler Street parking lot to public parking last Friday, but on Tuesday, council members were concerned an agreement with a towing company might expose the town to costly expenses if a person refused to pay towing and storage expense.

Town Attorney Fred Johnson said the agreement with the towing company was a standard agreement and the town would be liable for expenses only when a town official improperly ordered a tow.

--The council passed an ordinance lowering the speed limit on Main Street from 25 to 20 miles per hour from the SR 4 intersection to the intersection with Columbia Street.

--The council tabled action on an ordinance banning possession of pit bull dogs in the city limits. Johnson had presented an amendment to the ordinance based on language of a new state law that would allow the dogs inside city limits if the dogs have passed an approved "good citizen test."

Wainwright raised two issues: First, the ordinance should be amended to ban rottweiler dogs as well, he said. Second, he suggested a change in language from "may" to "must" in a sentence saying dogs which have failed the good citizen test may be retested in a certain amount of time.

Johnson commented the language in the proposed amendment was taken from the new state statute. Discussion ensued, and the council agreed to delay action for further study.

--The council declined to write off $53,126.73 in unpaid ambulance bills from 2016-2019. At the council's January meeting, Clerk/Treasurer Sarah Clark presented data showing the town and the town's former ambulance billing firm had both failed to collect from patients or their insurance companies. 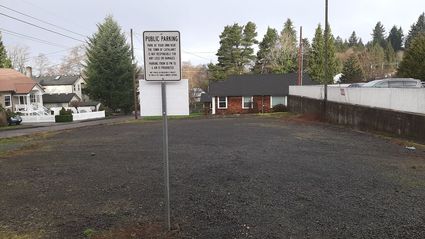 The Town of Cathlamet opened the Butler Street lot to public parking last Friday, but there were no early takers. Photo courtesy of Council Member David Olson.

Many of the patients would be deceased or unable to pay, Clark said. Council members, however, were unwilling to write off the amount.

"Why should we let them off the hook," asked Council Member Robert Stowe.