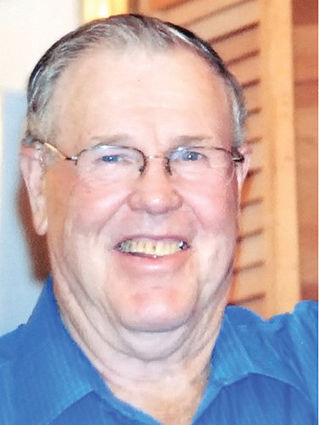 Bill Wren was surrounded by his family when he left for heaven on July 2, 2020. Bill lived his life well as a devoted, loving husband and father. He and Joan married in 1977 and raised 8 children in Kent, WA before moving to their current home in Cathlamet, WA in 1989.

Bill was born on November 19, 1942, to Mattie and Clyde Wren in Prague, OK. He was the youngest, with 3 older brothers and 6 sisters in his close-knit family, living in Oklahoma through his high school years, where he earned his letterman jacket playing baseball on the Strother High team. He later attended Florida State University, until deciding to work in the oil fields in the southern states.

Bill's drilling career took him to the oil fields of Alaska, so he moved to WA with his 3 daughters and 2 sons, flying between Kent and Alaska to his job. Bill and Joan met while they were each vacationing in Mexico and they've had a beautiful life together ever since. In Kent, the family lived on a nut farm-their property included 90 filbert nut trees and space for raising cattle, which he helped his kids show through 4-H. He was a dad who knew how to fix what his kids broke, gave practical, loving advice and taught his children that good, honest work resulted in a good and honest life.

After their children were grown, Bill pursued his dream of having a cattle ranch, buying an 87 acre former dairy farm on the Elochoman River, where he and Joan raised Limousin cattle, and he was known for breeding quality animals. A genuine family man, Bill loved hosting annual family campouts, playing golf, watching sports, traveling to see family and celebrating holidays with his wife and all of their children, grandchildren and relatives.

Due to coronavirus restrictions, memorial services will be private. For friends who would like to make a memorial contribution, please support St. James Family Center at 1134 Columbia St, Cathlamet 98612 or Cathlamet EMS Services at 375 2nd St or Community Home Health Hospice Grateful Hearts Program at PO Box 2067, Longview 98632.