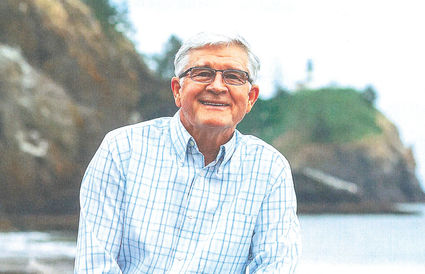 The candidates answered a number of questions, including the two below in the hour long forum.

What would be your most important

Cormier: Every year that I'm in office I would propose term limits. I think that passing term limits, not only in state government, but also at the federal level as well, will do so much for ending the career politician system that we have. I think that will go a long way.

Wilson: The most important legislative priority to me is really more of a process than a priority. I would like to restore the voice and the trust that I feel has been removed by our electeds. That should not be allowed. A priority is to respect the will of the voters, and to enforce and act upon the constitution of the State of Washington. I feel that that being a priority alone, once you have that conduct, and you act appropriately, I think we can accomplish a lot more. I think it's been proven that transparency is a word that we should never, ever take for granted. I hope we're going to talk about ghost title, or title only bills. These are disrespectful to the voters. Speaking of disrespectful to the voters, we've heard loud and clear from Olympia that they are not listening. They are not listening because of the carbon tax, because of the sex ed comprehensive bill, because of the $30 car tabs. I suspect that we need to get back to gathering the respect and the trust of the voters again. We all are faced with the mechanical priorities such as budgets and everyday problems of running the state, and running the state in a pandemic, which nobody has done before. This time around the voters are going to need to ask to choose between somebody that has made their living and still works for the government versus myself. I'm the only independent that has a private sector job, as a tax payer, versus receiving my income from the tax payer.

Takko: I don't think term limits on the state level are necessary. On the federal level, I think you can make an argument. When I first got on the legislature in 2005, of the 96 legislators in the House of Representatives, only 15 are left, and after this election, with the retirements there will be 10. In many of those seats, they've switched numerous times. I don't think that's really necessary, and there is Institutional knowledge that goes along with people who serve more than a term or two. My goals there--we've got budget problems, and trying to balance this budget. I do a lot of stuff with local governments, and one of my goals is to try and do things with the Growth Management Act. I had a large study that was going to be done this year, but the Governor vetoed it to try and save some money out of the budget. Local government is kind of my passion. I'm working with the counties and cities right now to look at taking away some of the mandates that they have to use when they have either state or local monies to be spent, that have to be spent in a specific place and give them some flexibility to try and get through this pandemic financial situation we're in.

How will you reach across the aisle

to get your legislative priority passed?

Wilson: We all know that in a political world, we're always going to have to work with people who have a difference of opinion. And in the Washington State Senate, that usually boils down to Republicans and Democrats. And for that reason, I do like to point out the already unfair fight that is occurring in Olympia. Currently there are 28 Democratic senators, compared to 21 Republicans and right off the bat, that does put one party at an unfair advantage. In fact it gives the other party a chance to bully. They can bully because they also control the House and the gubernatorial seat. Reaching across the aisle is something I have been practicing for well over four years as a port commissioner, that's a non partisan race. I have to routinely reach across the aisle with all walks of life, political life, in order to get things done. One recent example, my position at the Port of Longview has allowed us to work with Cowlitz County and other local elected officials and bureaucrats in order to come together for a common problem, which is in this case, to fund the surveys for the Cowlitz River. Where the federal government has let us down, we were able to intercede and work with each other across all aisles locally in order to get that project complete. I'm very proud of that, it shows that you do have to have a willingness to go between the aisles, but you work for the voters, not the person across the aisle.

Takko: I've got a great history of working across the aisle. I think it's fair to say that some of my best friends in the legislature are from the other side of the aisle. I've worked with them on a number of things, and I kind of have a reputation of doing that. On a lot of issues, there is a bunch of us that are quite moderate that work with them. Jeff mentioned something about the carbon tax. Well, if you will notice, we have not had a carbon tax pass. And the reason is, is that there are some of us on our side of the aisle who do not agree with how the carbon tax has been laid out in the past and we have not allowed those to come forward, and that is with bipartisan support. And being a moderate that I am, and working with them as much as I do... my own democratic senate caucus understands that there are several of us there that have a reputation of I work on their bills, they work on my bills, and have been pretty successful. 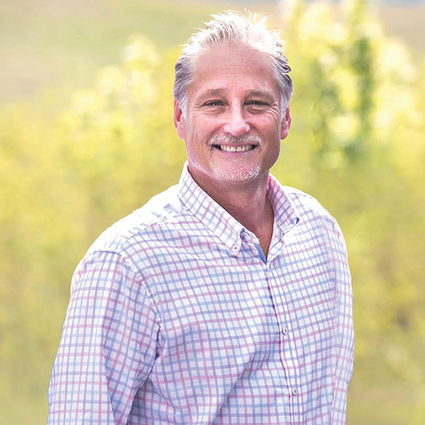 Cormier: Currently as a Grays River County Commissioner, we have nine cities in our county. I also work with 14 elected officials. As commissioners we essentially oversee budgets and contracts for every elected and non-elected department in the county. I work with 14 other elected officials, 13 of which are not of my party. And we work through budgets and contracts over the past eight years. On policy, I won't compromise my values or principles. I can work on budgets across the aisle, but as far as policy, I'm running on my record and my philosophy, and I think that's important for people to understand. That's what you're voting for, you're voting for a philosophy when you vote in a candidate, and that is a package deal. That's why I'm putting myself out there, and being very detailed about what I stand for, and how I will vote. What I won't compromise on are those principles that I uphold, and what I'm willing to work across the aisle on is budgetary items. There is a lot of leeway in budgets to work with the other side.

To hear more from the candidates, watch the video, which can be viewed on the Wahkiakum R and D's Youtube page.