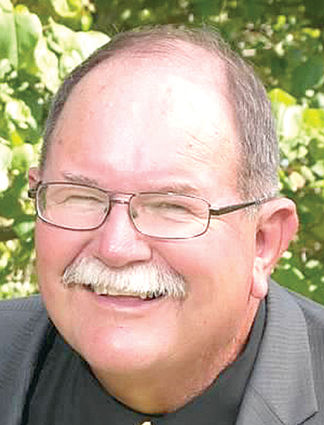 Donald Nels Marsyla, known to many as "Soupy," 71, died at his home on Puget Island on July 25, 2020. Don was born to Mike and Elna (Nelson) Marsyla in Centralia on January 19, 1949. They moved to Skamokawa where Don was raised and attended his early schooling. He graduated from Wahkiakum High School in 1967.

He was well known for his love of classic cars and trucks over his lifetime but his greatest pride and joy was his son, Chad. They shared such good times and joy filled moments. He was full of love for his daughter-in-law Denise, as well. He spent most of his working life driving log trucks for Crown Zellerbach and DeBriae Logging. Don enjoyed the last eight years, before retiring in 2015, driving a dump truck for Ohrberg Excavation. He loved college basketball, yardwork and his cat, Brodie. He was a Husky fan and enjoyed his many "toys" over the years, jet boats and ATVs and trips to the Dunes with friends. He also enjoyed traveling to Lake Havasu and Mexico after retirement. His love of "shiny" cars and trucks won him many awards through the years.

He is survived by son Chad and Denise Marsyla, his two sisters, Else "Babe" Dodge and her husband, Jake, Judy Marsyla, many nieces and nephews, great nieces and nephews and many friends, including special friends, Doug Olsen and Robbie Ohrberg. Don was preceded by his brother Dick in 2000 and sister-in-law Jackie in 2007.

He will be missed!

A graveside service with social distancing will be held at noon Saturday August 8 at Greenwood Cemetery in Cathlamet. A Celebration of Life will follow at 237 Ostervold Rd., Cathlamet at 2 p.m., that day. In Don's memory, donations may be made to Wahkiakum School District Boys Basketball, P.O. Box 398, Cathlamet, WA 98612. Dowling Funeral Home is in charge of arrangements.