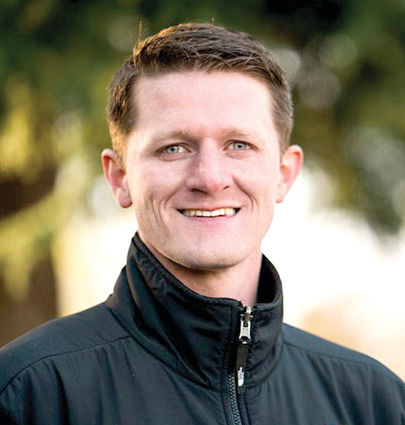 Candidates for local and regional offices were asked to respond to a brief questionnaire from the Wahkiakum County Eagle. Here are the responses from Brian Blake, who is currently the Washington State Legislative District 19 Representative, Position 2, and his challenger, Wahkiakum resident, Joel McEntire.

McEntire graduated from Wahkiakum High School. According to his resume, he received a Bachelors of Science from Central Washington University, and a Masters in Mathematics Education from Western Governors University. He taught science at John C. Thomas Middle School in Cathlamet from 2016-2019.

He is currently a program mentor for Western Governors University.

He is a youth leader for a local church, and has served in the United States Marine Corps since 2011.

Following are questions and his responses:

For several years, the voters of this district have lifted their voting patterns, rejecting the monopoly that the Democrat Party has had on this corner of the state. There are a few career politicians remaining that represent the old failed policies that have promised people family wage jobs and have only brought economic poverty and a homeless epidemic. I am running to give the people of Southwest Washington a voice that more closely aligns with their pro family, pro jobs, pro gun, low taxes, limited government beliefs.

Right now our state is in terrible shape. We have an economy that has bottomed out because of the poor leadership of our governor. My first and most pressing task is to keep him from imposing more taxes to cover his $9 billion budget shortfall. Our businesses have already suffered enough from his outlandish COVID mitigation efforts. Once businesses can operate and begin to create revenue for the state can we even begin to think about new programs and policies.