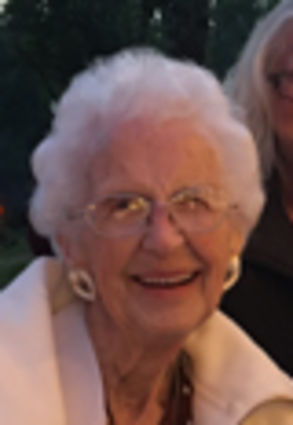 Jean Louise Kenner died October 16, 2020 at home with her family close by. She was born April 2, 1928 on Puget Island to Torleif and Hazel Wika. She grew up on The Island and graduated from Wahkiakum High School in 1946.

She met Ralph right out of school. They were married October 6, 1946. They had three children. They moved to California in 1955. After their children graduated, they moved back to Cathlamet in 1972. Jean worked for the cannery in Cordova, Alaska for many years. After Alaska they spent their winters in Lake Havasu, AZ and traveled extensively, visiting all 50 states.

She was a member of Sons of Norway, Puget Island Orthopedic Auxiliary, Our Saviour's Quilting, Our Saviour's Lutheran Church, Ladies Wed. night and Birthday club.

She is survived by her children, Sandra Contreras of Lawndale, CA; Susan (Kerry) Brown of Puget Island and Reid (Dawn Rachele) Kenner of Tigard, OR; nine grandchildren; 16 great grandchildren and one great great granddaughter; two sisters, Vivian Olsen and Linda DeBriae and several nieces and nephews.

She was preceded in death by her parents, brother LeRoy Wika and grandson Cole Kenner.

In lieu of flowers, donations to the ambulance department, Sons of Norway or Our Saviour's Lutheran Church are suggested.

Gene was a great lady. She use to ask for salmon and we were happy to give to her. She will be missed by many in our community. RIP