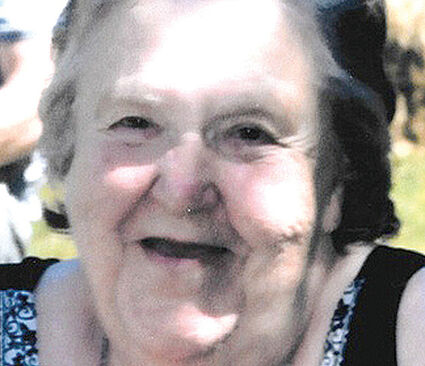 Peggy Fuller, a 5 year resident of Cathlamet, passed away peacefully on February 3rd in Longview WA. Peggy was born on March 2nd 1938 to Valetta and Lee Vedin in The Dalles, Ore. Peggy leaves behind two brothers, Rogher Holzer of Vancover WA, Jerry Holzer of Woodland WA and one sister Linda Walker of Ridgefield WA. Peggy has 8 children. Rick Jones, Terri Hunt, Cindy Delmazzo, Mary Henkes, Bill Freuler, Linda Jordan, Jerry Jones and June Preston. Debra Thatcher and Daniel Freauler proceeded her in death. Peggy has numerous grandchildren and great grandchildren. She bragged about them to anyone who would listen. Peggy's younger years were difficult. She spent over 30 years on the Long Beach Peninsula working numerous jobs trying to support her family. In 2015 Peggy moved to Puget Island where she was welcomed with open arms. Neighbors on both sides of her invited her to join them to worship at Heritage Bible Church. She accepted. Over the next 5 years were some of the happiest times in her life. She wanted everyone to know how blessed and loved they made her feel during her brief time in Cathlamet. Never judged, always welcome just as she was. Truly blessed to have known each and every one of you. A celebration of life will be held on February 27th at 1pm at Heritage Bible Church. Please join us.