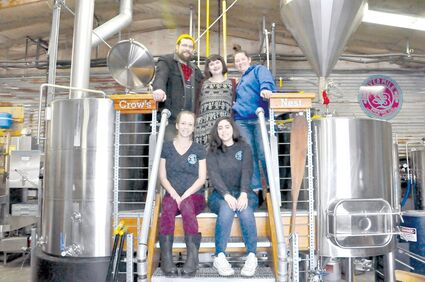 On Saturday, River Mile 38 Brewing Co.'s female staff members brewed their own beer to celebrate women in the industry as a part of the Pink Books Collaboration Brew Day. For Amanda Doolin and her co-brewers, this was a rare opportunity to step away from the taps and participate in the brewing process.

"I've been here for a year and a half and at another brewery before that, but this was my first time brewing from start to finish," Doolin said.

General Manager Carisma Sanchez collaborated with The Pink Boots Society to coordinate the all-women brew day. Sanchez is continuing River Mile's tradition of participation that has dated back to 2016 when its founders served beer from the Columbia Pacific Chapter's Big Boots Brew Day and donated proceeds to the cause. In 2018, they began doing their own brews according to co-founder Steve Sharp.

"It's a day to highlight women in brewing, specifically brewers. Some of us aren't brewers but are still in the industry," Sanchez said.

Every year, Pink Boots Chapters and members deliberate on which hop blend they will use from Yakima Chief Hops. Breweries from around the country then make a donation to their local chapter to receive the hop blend for brewing. This year's hop blend includes tropical, herbal, citrus and woody aromatic qualities, according to Pink Boots' website.

For Sanchez, the all-women brew day has a broader meaning than making beer: 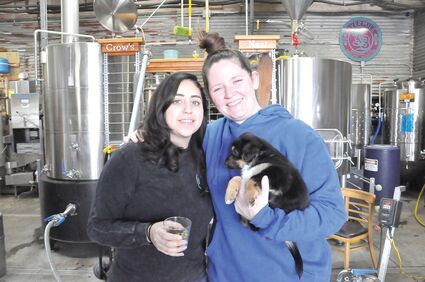 "Because we don't have any female brewers I want our bartenders and all of our employees to understand that brewing is an industry that they can walk into if they want to."

As reported by Craftbeer.com, a 2019 national diversity report published by the Brewers Association states that 7.5 percent of staff that hold the title of brewer are female.

"For this specific brew I want people to know that there is intention behind it, like all of our beers, but specifically the women behind it is the reason why it's happening," Sanchez added. She hopes to release the unnamed beer in about four weeks for the community to enjoy and show their support of the women who made it.