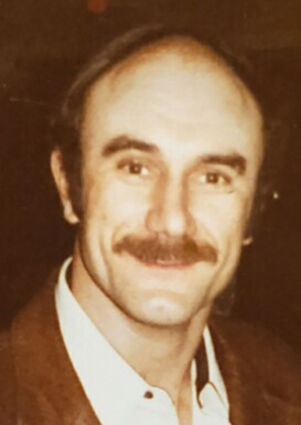 Jim passed away February 21st in Tacoma due to complications of pancreatic cancer. His absence leaves a canyon, impossible to fill for his family and friends. He will be missed but his kindness, generosity and all-around good-natured grumpiness as a human being will be remembered and celebrated by all who knew him. He will live on through our memories of his outsized personality and life well lived.

Jim was born in Tacoma, grew up in the Fife Valley and lived his whole life in Washington State. He attended Fife High School where he excelled on the basketball team and lead the track and field to the State Championships multiple times. Jim was an avid fisherman, bird hunter, journeyman plumber, entrepreneur, and boat captain; the best father and a kind and generous friend and neighbor to many people, from Alaska to Baja, Mexico.

Jim was a popular and successful charter captain based in Westport, WA where he operated his boats the Cold Spaghetti I and II during the 70's and 80's. As the industry declined, he switched gears to commercial fishing in Bristol Bay, AK during the summer herring and salmon seasons. When not in Alaska, he fished the San Francisco Bay herring runs and worked The Great Salt Lake brine shrimp season – he was never one to sit still.

Jim's love of the water and fishing brought him to Puget Island, Cathlamet, WA where he has resided since 2004. After he retired from commercial fishing, he continued to fish for pleasure, perfecting his smoked salmon recipes. In his spare time, he enjoyed bird hunting with his friends, digging clams, foraging for mushrooms and made time for a stop at a casino now and then. We will not even get into the one-man plumbing business he started in retirement!

He leaves behind his two daughters, Carrie and Suzanne Omegna, his partner Pauline Cheslock, his two sisters, Mary Jeffers and Margaret (Cookie) Skelly, nieces, nephews, whole mess of grand and great grandchildren and a mini flock of adopted Canada geese. He was preceded in death by his son, Paul Omegna.