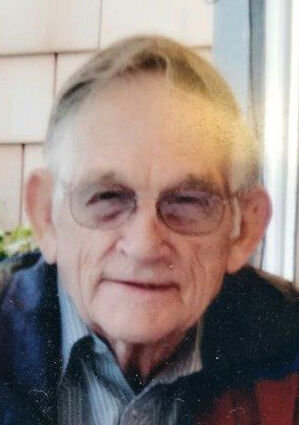 Longtime Cathlamet resident Thomas "Tommy" Irving passed to his eternal home in the early evening hours of September 8, 2021. He was the grandson of early Pioneers, the Irvings and the Gells who homesteaded in the Elochoman Valley when Washington was still a territory. He was born on the family farm on January 11, 1923, to parents James Russell and Gertrude Florence (Gell) Irving. He grew up on the family farm and attended local schools. He was active in sports and student government at Wahkiakum High School serving as student body president his senior year.

He was inducted into the Army in 1943 at the age of 18 and sent to Kansas for his basic training at Fort Riley. Home on furlough he began to date his future wife Cora (Holland). He was sent to Angel Island when his furlough was over and put on a troop ship in San Francisco beginning his trip to Milne Bay and New Guinea. The sixth infantry landed first at Maffin Bay and then to Sansapor, New Guinea. Irving had just turned 19 when his convoy rendezvoused just off the coast of the Philippines in the Lindgayen Gulf to eventually head south to Manila. After the Philippines were secured and the war effort changing he was sent to Korea to set up reconnaissance there.

He came home and married that girl he dated on 09-21-1947, the "good Norwegian cook". They shared 73 years together before her passing in 2020. These two were truly a team. He had a small logging operation and in the mid 50's they purchased the original Ostervold farm on Puget Island. Together they built a successful dairy farm, Irv Acres on Puget Island while at the same time he was a heavy equipment operator at Crown Zellerbach. They were selected as Dairy Family of the Year in the early 70's. They farmed until 1995 and began their retirement not slowing down one bit.

Not only did he work hard but he and Cora played hard. In retirement they spent over 17 years fishing and clamming on the Kenai Peninsula in Alaska alongside his family and older brother and his family. Summers there are some of the best memories for children, grandchildren and cousins. A summer trip to Alaska and drop in to visit Tom and Cora at their fish camp was a must do!

Part of the "Tom and Cora Irving" team they displayed their amazing crafts over much of Southwest Washington. The Quilts they both made, the hand cranked socks and his jewelry. He also faceted the many sapphires that they mined in Montana with his niece Pat and her husband Clarence. He even went to Arizona to take lessons to sharpen his jewelry making skills.

He baked the best cookies winning the Grand Prize for baked goods at the Wahkiakum County Fair one year. He had a huge sweet tooth and loved his black and red licorice and Nips. His whole family loved to indulge with him at DQ for his beloved Butterfinger Blizzards.

Tom was very active in the community and served on the boards of the Soil Conservation District, Diking District and the Dairy Federation. A Gold Sheaf member of the Grange (Patrons of Husbandry) denoting his over 70 years of membership. He held most every office in the Elochoman Grange #426 and Wahkiakum Pomona #25 and later a member of Grays River Grange #124.

Longtime supporter of local 4-H activities and was a strong Mule fan of all sports. He followed hi Mariners and Gonzaga basketball with a fervor! Cora and Tom were avid square dancers, bingo players and loved an occasional trip to the casino.

He held many titles, unofficial local historian of the hometown he so loved, Master Quilter, and Sock Cranker,

He was honored to be named the Military Grand Marshal for the Long Beach Loyalty Parade in 2015.

In 2021 he was the Grand Marshal for the Cathlamet Bald Eagle parade as he was the last living charter member of the local VFW Post 5297.

He was predeceased by his beloved wife Cora in April 2020 and his grandson Tommy Burnside in Jan., 1999, his parents Russell and Gertie Irving, his brother Donald and his sisters Dorothy Root and Yvonne Irving.

Memorial donations in his name may be made to: Community Home Health and Hospice, PO Box 2067, Longview, WA 98632 for them to carry on their wonderful assistance in our community; River City Strippers Quilt Club to carry on their comfort quilt program; VFW Post 5297 to continue to assist our veterans in need.

A Celebration of Life for this amazing man is being planned for a later date for everyone to join and remember the gift he was to us all. Arrangements are being handled by Dowling Funeral Home.