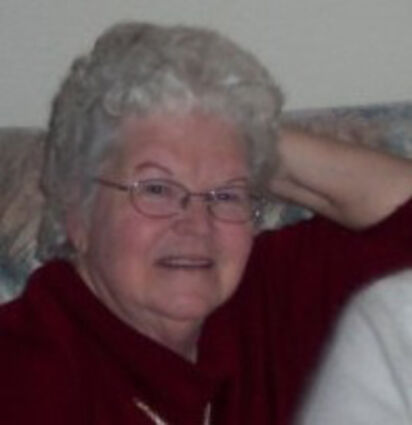 Juanita Rodahl, longtime Cathlamet resident, died at her home on December 7, 2021. Juanita was born in Joaquin, Texas to Thomas and Lillian (McBride) Settle on March 27,1933.

She graduated from Tenaha Texas High School in 1950. She worked as a telephone operator for 10 years and in 1960 she married Ralph. She and Ralph opened the Skyline Golf Course in 1966. They loved the golf course and their golfers. Everyone who played there enjoyed Ralph and Juanita from the out of town tournament golfers to the local Tuesday night couples, having burgers and pie and a round of golf! They retired and leased the golf course out in 1990.

She especially enjoyed Fridays with her sister Ida, for many years. Juanita enjoyed her card playing ladies, drawing and painting, golf and her family. In later years she loved painting with acrylics and sharing her nightly "Sweet Dreams" post with friends and family on Facebook.

Juanita is survived by her son and wife, Randy and Goldie Rodahl, daughter and son-in-law, Kim and Robin Herren, daughter, Lori Heinze, a brother Phillip Settle, six grandchildren, five great grandchildren and many nieces and nephews. She was preceded by Ralph in 1997, a baby boy in 1960, sister, Ida King, two brothers, Earl and Ray Settle and a grandson Donovan Herren in 1993.

A private family burial will take place at Greenwood Cemetery with a Celebration of Life to follow later, to be announced. Donations in Juanita's name may be made to Cathlamet Firefighter's Association PO Box 539, Cathlamet, WA 98612. Dowling Funeral Home is in charge of arrangements.