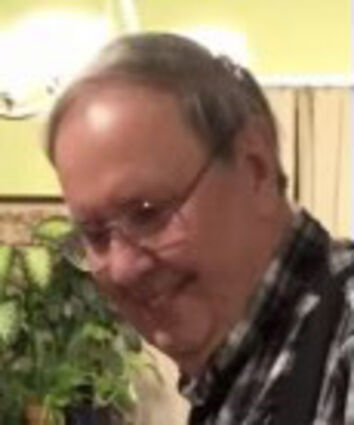 Donald Melvin Coates ("Don") passed away March 14, 2022 in Anchorage, Alaska after a brief illness. His family notes that this was "Pi Day," particularly appropriate since Don loved pie (lemon meringue was his favorite). He was born in Cathlamet, Washington on May 1, 1938 to Ora Wright Coates (later Snyder) and Melvin Coates, the third of three children and only son. Growing up in Cathlamet, he loved horses, teasing his big sisters Ora Loraine and Shirley, and helping his father in the family butcher shop. He remained in regular touch with his best friends from Wahkiakum High School George Hanigan and Bill "Lad" Goodfellow – often referred to as "The Three Musketeers" - until they preceded him in death.

After graduating from Washington State University in 1959, he married Claire ("Pam") Pearson and they had two daughters, Claire and Anne. In 1969 the family moved to Anchorage, Alaska, where Don worked for a number of insurance agencies before retiring. When that marriage ended in divorce, he married the love of his life, Susan ("Susie") Keith in May, 1988, and spent the next 34 years by her side.

Don loved boating, fishing, clamming, and spending time at the family cabin at Clam Gulch which he designed and built himself (with a little help from his friends). His home interests included reading, woodworking (leaving behind a trove of fabulous scrollwork and wooden décor), gardening, and carpentry. Don and Susie loved to travel, spending winters in their later years exploring the Pacific Northwest in an RV until health no longer allowed. He was an active member of First Congregational Church in Anchorage, where he leaves many friends. Don was a kind, caring, and good-natured man who will be missed by many.

He is survived by his wife, Susie, his daughters Claire Louder (David) of Johns Island, SC and Anne Coates of Lake Forest Park, WA, grandsons David ("Andrew") and Kelley Louder, granddaughter Charlotte McGrath ("Alex"), his sister Ora Loraine Bauer, and many loving nieces and nephews. He was also beloved by Susie's three children Mike Pobieglo, Chris Pobieglo, and Rebecca Chaleunvong, and grandchildren Nicolas, Caitlin, and Nathaniel Pobieglo (Chris), Isabella and Rachel (Mike), and Vienna, Kaiyin ("KC"), Esaia, and Aysa Chaleunvong. He is also greatly missed by his dogs, George and Patty. He is preceded in death by his parents, sister Shirley Coates Hendrickson, and nephews Kirk and Jim Bjorge.

Services are planned for Saturday, March 26th at 11 a.m. at Greenwood Cemetery in Cathlamet, Washington. It will be followed by a gathering of family and friends at Our Saviour's Lutheran Church – there will definitely be pie. A remembrance is anticipated later at First Congregational Church in Anchorage.