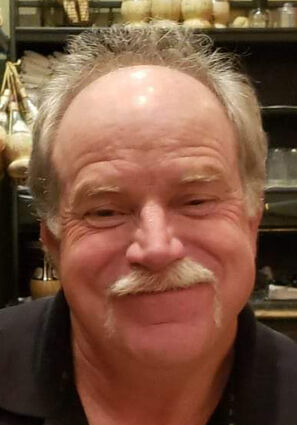 Randy was raised in Cathlamet and graduated from Wahkiakum HS in 1981. He was an athlete, active in FFA and band. His band played at the state level and he was privileged to play for the LCC honors band. He received his Associates Degree in Arts and Sciences from LCC where he played on the golf team. Prior to his 32 year career at Longview Fibre/Westrock he was employed at Beaver Lumber. Randy loved music and was a well loved bass guitar player in several local bands, most recently the band Ploud. His family owned Skyline Golf Course in Cathlamet for several decades so golfing was one of his great loves, along with his partner of 25 years Goldie Va!entine. He and Goldie enjoyed traveling and had visited most lighthouses in the NW. He also enjoyed sharing pictures of his "traveling bar" and his creative cocktails. He is also survived by Goldie's children whom he loved Nathan DeNardo, Jared and Erin DeNardo and grandson, Henry DeNardo, sisters, Kim (Robin) Herren and Lori Heinz, Nieces Anna (Sam) Edwards, Colleen (John) Garren, Nephews, Sean (Jennifer) Miller, Derek (Keanna) Herren and a large extended loving family and many friends.

A graveside service will be held at 1 p.m. Saturday April 9 at Greenwood Cemetery in Cathlamet. A Celebration of Randy's Life will be announced at a later date. Dowling Funeral Home of Cathlamet is in charge of arrangements.