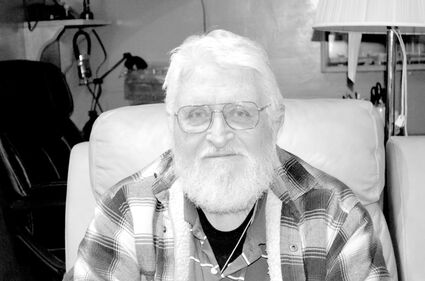 Richard A. Swart passed away on March 31, 2022 at St. John's Hospital, as a result of natural causes. He was born in Long Beach, CA. in 1942, and raised in the northeast Los Angeles area. After graduation from Eagle Rock High School in 1959, Richard attended Occidental College, eventually transfering to Stanford University, from which he received his Bachelor's in History and Political Science, and Master of Arts degree in Education. After a stint in the U.S. Naval Reserve, Richard entered a management training program with the State of California. He worked his way up in budgeting, planning, human resources, eventually attending the CHP academy and specializing in managing state drug abuse and trafficking intervention programs. Richard became known for successfully turning around troubled programs and projects, and represented his agencies effectively before the State Legislature's policy and fiscal committees during four administrations.

Retiring as a peace officer after 25 years with the State of California, Richard and wife Dixie (who retired from the State Treasurer's Office as a senior executive economist and manager), relocated to Astoria, OR in 1991. Dixie changed careers to start and run a successful bed and breakfast, while Richard shifted into managing self-sufficiency programs serving low-income families in Portland and Northwest Oregon for the Department of Human Services. While in Astoria, Richard also served as an elected Vice Chair of the Clatsop County Transportation Commission, on the Board of Clatsop Community Action, and in several United Way leadership posts.

After a second retirement in 2001, Richard and Dixie moved to Cathlamet, WA. They both became energetic members of the Kiwanis Club, raising thousands of dollars over the years for their favorite charity, the Kiwanis-Doernbecher Children's Cancer Research Program at OHSU. They also served as adult Mentors to youths in the St. James Family Center's Mentor Program, and are remembered still by young people in the community for this work.

Richard volunteered for a number of Wahkiakum County citizens' advisory commissions, including mental health, chemical dependency, homeless services, and elected officials salaries. He also served in Town of Cathlamet government posts for over 10 years, including Mayor (2005-2009), Councilmember (two terms), and Planning Commission Chairman. Prior and subsequent Mayors tapped Richard to tackle new or difficult projects that arose from time to time. At the time of his death, he was running for a council seat vacated by another Councilmember's retirement.

Richard is predeceased by his father, Louis A. Swart, and mother, Letha M. Swart, and by his beloved wife and Valentine of 43 years, Dixie M. Swart. She passed on 5-11-2015. Richard is survived by his son, Byron W. Swart at home, and stepdaughter Stacey B. Browning in Sacramento, CA. Dixie's work in genealogy resulted in the posting of her and Richard's extended family trees on Ancestry.com and on the LDS websites. They hope the families will understand that those posts will be more accurate and complete than can be achieved in an obituary.

Cremation has taken place. Following services in the Episcopal Church and Native American traditions, a private spreading of Richard's cremains will take place at a later date. In lieu of flowers or other remembrances, Richard asked that donations be considered to:

2. The Columbia Home Health and Hospice Program in Longview.