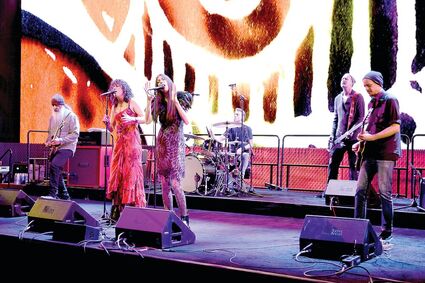 A musical collaboration between Wahkiakum residents and Giants in the Trees bandmates Krist Novoselic and Jillian Raye that began during the quiet days of 2020 and grew with the creative input of old and new friends is making some noise with the release of a new album this April.

The new band, 3rd Secret, features Raye and former Cathlamet resident Jennifer Johnson on vocals, with Novoselic, of Nirvana, on bass and six string guitar. Kim Thayil of Soundgarden and Bubba Dupree of Void join them on guitar, as well as Matt Cameron of Pearl Jam and Soundgarden on drums.

Music was mixed by Jack Endino.

Erik Friend of Cathlamet played synthesizer and assisted with recording.

To read more about the genesis of the new band and music, go to https://3rdsecret.com.

The self-titled album can be found on Spotify, Youtube, Amazon, and iTunes.