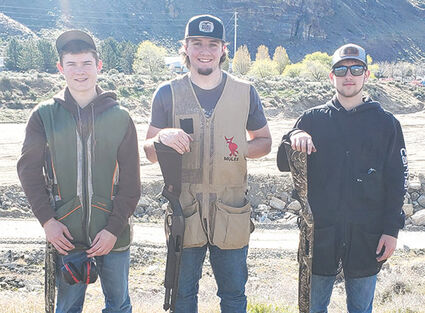 The night before the state shoot, the Mule team competed in a sequence of games and events against trap shooters from all around the state.

Bassi placed fourth in state in the Miss and Out game. Avalon and Luce made it to the finals in the game of Chipper but just missed being in the top five, Hurley said.

"All in all they shot really well in the state games and state shoot," Hurley said. "Greydon and Braden are freshmen who have improved a lot this year and Henry is a senior and is a great shooter.

"Henry was really hot in the first two rounds shooting 48/50, and then cooled in the third. He regrouped and finished strong in the last half of the third and fourth rounds.

"It was a great season and I am already looking forward to the next!"