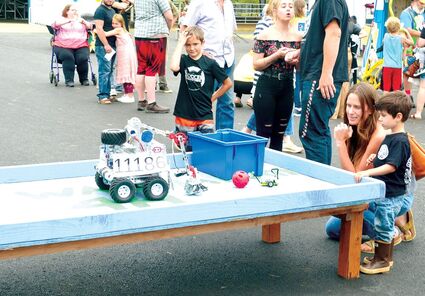 "We had a wonderful fair," Fair Manager Patty Dursteler said. "It was probably the best fair we've had since I took over as manager in 2013. There were a lot more people. We doubled our gate from 2019."

Dursteler thinks the new asphalt and the beer garden had something to do with the bigger turnout, and was pleased to report the fair had more entries than usual. 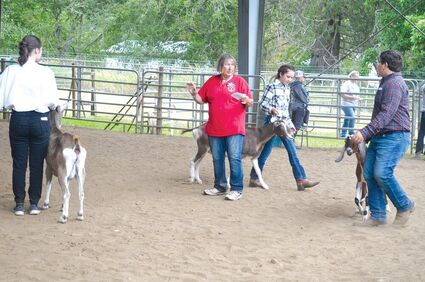 It was show time for goats with judge Kay Walters.

As for pies, there were aplenty, 24 in fact. I entered a pie for the first time, and it turns out I wasn't the only one to do so. [For those who missed it, reporter Zimmerman spearheaded the pie making contest at the fair this year. --editor}

And for all my trash talking, my Apple Green Chile pie with the cheddar crust didn't win, but the turnout and the excitement stirred up by the pie contest made me feel like a million bucks.

Thank you for that.

Thank you to all who turned out. And a great big thank you to the Woman's Club for their support, their pie kits and sign up sheets.

And now I know who I need to beat next year! Jasmine Saccio, Dana Hamp, Noreen Fitts, and Diane Hollenbeck made the best pies in the county.