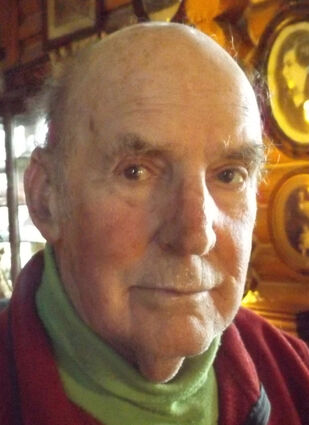 Howard was born on Christmas Eve, 1936, in Galveston, Texas, to Lucille Vera (Head) Brawn and J. Howard Brawn, who spent his career working with the Boy Scouts of America. After living in New York City for his first eight years, the family settled in Roswell, New Mexico, where Howard graduated from Roswell High School. During high school, he became an Eagle Scout and the waterfront director at the local scout camp. Howard enrolled at the University of New Mexico in Albuquerque, where he majored in English, joined a fraternity associated with the Eagle Scouts, Alpha Phi Omega, and became active in student government. During this time, his parents relocated to Portland, Oregon, where he spent summers gainfully employed as head lifeguard at the community pool, perfecting his cannonball. In his senior year, he married fellow UNM senior Barbara Pino (d. 2022), with whom he had three children (they divorced in 1972).

After graduating from college, Howard served as lieutenant in the US Navy, piloting Martin P5M Marlin seaplanes, stationed first in Corpus Christi, Texas, and then in Coronado, California. He left the service in 1963, and, following a brief sojourn into the insurance industry, he decided to make flying his career and signed on with Trans World Airlines (TWA). He flew with TWA for over 20 years, retiring as a captain in 1992. His favorite plane to fly was TWA's L1011, which he said was a "pilot's plane, not a computer's." He flew most of his career as an international pilot, and, a gifted raconteur, often entertained the cockpit crew on long flights with his endless supply of artfully delivered long-form jokes.

Flying out of TWA's iconic JFK international terminal during the late sixties and seventies, Howard settled with his family in Mohegan Lake, NY, where he spent downtime working as a high school substitute teacher. Later, after his divorce, he settled in Canterbury, Connecticut, where he purchased a 72-acre spread that truly allowed his DIY spirit to flourish, doing a bit of organic farming; raising sheep, pigs, chickens, and the occasional goat; and using his carpentry skills to upgrade a barn into a home. He also introduced Mexican cuisine to the agricultural fair circuit in New England through what eventually became a fleet of taco trucks, ultimately opening a Mexican restaurant in Willimantic, Connecticut, that thrived for many years.

In the mid-eighties, Howard started flying out of St. Louis, where he met and married his true life's partner, Judy Oliverson. They lived in St. Charles, Missouri, for the last few years of his flying career, and spent their free time traveling the world and beginning their love affair with Irish wolfhounds and the world of lure coursing.

Howard and Judy moved to Puget Island in 1993, after he retired from the airline. True to character, he embarked on a new adventure, becoming the proprietor of two antique/vintage (he liked to call it "junque") stores: Sargasso Sea in Cathlamet and Puget Island and, later, The Big Red Barn on Puget Island. He could be found every St. Patrick's Day marching along Main St. with his Irish Wolfhounds, along with friends and their hounds, and gathering at Duffy's afterwards. He also worked as a volunteer deputy for the Wahkiakum Co Sheriff's Dept. for several years.

A staunch patriot who loved his country and community, Howard took a deep interest in both local and national affairs. He was a lifelong, voracious reader of both fiction and non-fiction, and he loved a well-turned phrase, something that was evident to all in his frequent and eloquent contributions to the "Letters to the Editor" section of The Wahkiakum Eagle.

Howard was preceded in death by his parents (Howard in 1979 and Lucille in 2004), and his son Steven (1958-1973). Howard is survived by his wife, Judith C. Brawn of Cathlamet/Puget Island, son, Kristopher M. Brawn (Alena) and daughter, Shaleen M. Brawn, stepdaughters, Christie (John) Chance and Karen (David) Maudlin, and stepson Paul (Sue) Bryant, as well as eight grandchildren and three great-grandchildren.

A truly independent spirit, always willing to lend a helping hand, Howard will be greatly missed.