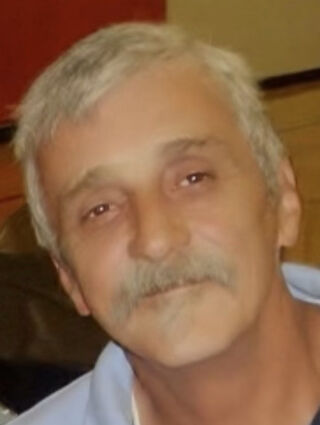 Gregory Alan Wika was born at Cowlitz General Hospital in Longview, on July 17, 1952 and died December 12, 2022 at the age of 70. His father, Oswald K. Wika (Ozzie) and his mother, Phyllis A. Foster Wika both preceded him in passing.

Greg grew up on Puget Island and Cathlamet. He was a resident of Cathlamet and had been surviving Congestive Heart Failure when he died in Longview, at PeaceHealth St. John Hospital.

Greg was a logger and fisherman and had owned/operated his own paving and striping business. He was an avid reader from a young age and was known for his kind heart, great smile, love of animals, and voracious opinions and points of view.

Greg is also survived by his nieces and nephews who loved him very much: Alicia Boldt Benjamin (Guen), Kahli Grantz (Josh), Marisa Veys, Justin Wika, Paige Baldwin, Jesse Baldwin (Jessenia), Britney Wika-Weston (Vic). He was preceded in death by his beloved niece, Sarah Wika. For a period of time Greg helped raise two girls and still called them his daughters, Crystal and Frances.

Many of his friends have preceded him but he still saw his life long buddies, "Big" Art Pederson and Mike Scott almost every day. He still was in contact with Tim Crouse every week. These guys were additional brothers to Greg.

Greg had many dogs over the past years and Greg's dog ZigZag "Ziggy" was his constant companion for the past 12 years.

A Celebration of Life is scheduled for after the Holidays at the Heritage Bible Church on Puget Island on January 28, 2023 at noon and there will be a private interment following at the Cathlamet Cemetery.