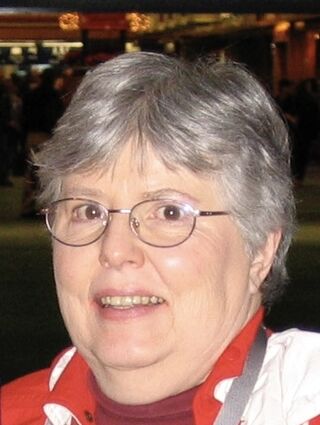 Born in Spokane, Washington to Roy and Helen Rydell on April 19, 1941, Kitty spent her younger days active in the church and school where she discovered her love of the fine arts. She graduated from Marycliff High School (1959) and earned her Bachelor's in Art at Fort Wright College (1963).

Her education took her back and forth to Spokane for awhile and during this time she discovered another love, Carl E. Johnson. The two settled down in Spokane and were happily married on July 23,1966. Kitty continued creating art at home, most notably painting, drawing and photography, as well as teaching it to others at The Bridge Alternative School. After The Bridge closed she continued to teach art at Chase Middle School until her retirement.

During these early years Kitty and Carl had two sons, first Michael E. Johnson (Mike) and shortly after Christopher C. Johnson (Chris), who to this day are forever grateful for their parents' unconditional love and support.

Kitty and Carl eventually relocated to his childhood home in Cathlamet, Washington, and then to Tumwater, Washington, in order to be closer to family. There they enjoyed their retirement as grandparents while Kitty endlessly painted ornaments and quilted. Sadly, after 47 years of marriage, Carl passed away in 2014.

Kitty was also preceded by her parents as well as her husband's parents, brother and sister. She is survived by her son Mike Jansen (formerly Johnson) and his son, Ryan Jansen (both of Olympia) and daughter Maddie Jansen (soon of Tennessee); her son Chris Johnson with wife Rachel Letzing and their children Henry Johnson and Ruby Johnson (all of Madison, Wisconsin); her sister Betty Buechler with husband Jerry Buechler (now lovingly caring for Kitty's dog Felici in Spokane) with their five children and many grandchildren. And of course by all of the dear friends who stayed connected with her until her final moments.

A private service will be announced at a later date. In lieu of flowers, donations can be made in Kitty's name to the Seattle Children's Hospital.