Nursing was something she could do 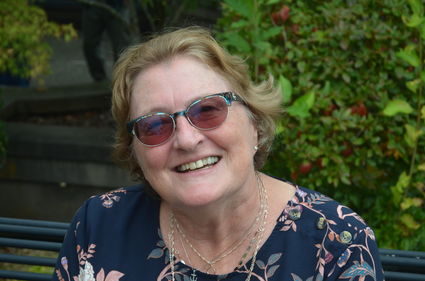 After a 50-year career as a nurse and paramedic, Cathlamet resident Cindy Faubion has decided it's time to retire.

The retirement parties are behind her, and the final paycheck has arrived, but for someone like Cindy Faubion, who worked as a nurse for nearly 50 years, the heart and desire to be of service never really ends.

Faubion got into nursing during the Vietnam War.

"At the time, only men were drafted," she said. "I felt strongly that women should be involved in the war effort. Even though I wasn't a fan of the war, I felt like it was something I could do."

This inner call to serve others turned out to be a blessing, not just for the people with whom she came in contact, but for her as well.

"I got into nursing and I loved it," Faubion said.

She began her career in intensive care at St. John Hospital in Longview. When Dr. Phil Avalon at the clinic in Cathlamet needed a nurse, he came calling.

"He turned out to be a wonderful mentor," Faubion said. "He ended up teaching me so much."

She was able to teach him something too. And it would change emergency services in Wahkiakum County and in other rural counties throughout the state.

In 1980, Faubion discovered that a nursing class she had expected to take had been canceled. One of her nursing instructors from her days at Lower Columbia College encouraged her to consider taking a paramedic class.

"I'm a nurse, I told her," Faubion said. "I don't need a paramedic class. I was very condescending about emergency care. I said, I'll sit in on it, but I doubt I'll be interested in the class."

"The head of the emergency department of St. John at the time was teaching the emergency uses of medications I'd been using over the years, in ways that I had never used them," she continued.

A medication that she had used as a numbing agent? He was using it for heart dysrhythmias.

"Very quickly I realized there was a lot more that I could learn," Faubion said.

She went on to complete the two year program, which included a practical experience.

At the time, many medical professionals believed that a small rural county couldn't sustain a paramedic, according to Faubion.

"The state felt the same," She said. "We had to get a lot of the state laws changed and prove to the state EMS board that rural counties needed paramedic support just as much as the big counties, because we had logging injuries, farming injuries, and motor vehicle accidents. We proved that rural areas could provide quality emergency care. It was incredible."

Prior to that, Dr. Avalon would drive emergency patients to the hospital himself. Patients were transported in what was essentially a hearse, Faubion said. They weren't given IVs or oxygen.

"I feel like I was really blessed to be involved in the total family care down here in Wahkiakum, especially," Faubion said. "As I look back through my career, I was involved in generations of our families' care. I was involved in the grandparent's care, through their great grandchildren's care. That's pretty cool. When we had the clinic going here, we were doing care seven days a week, 24 hours a day. We delivered babies, we did emergency care. We did everything for our patients. There is nothing better than doing total family care."

As a nurse paramedic, she's responded in ambulances and helicopters to scenes on ships, on the ferry, at logging sites. While traveling, she's been able to provide assistance in trains and on airplanes.

"I've had an incredible career," Faubion said. "And to get the recognition that I've had over the years, I couldn't ask for more."

When she began working at St. John's 10 years ago, she found quick acceptance and respect for the work she had done in Wahkiakum. She continued to thrive.

"As a care coordinator, I essentially did what I was doing in Wahkiakum County," Faubion said. "I was providing resources to make sure that people had everything they needed to maintain their care in the home."

But it was time to retire.

"I'm now able to do things with Bill," Faubion said of her husband. "Since his heart attack in November, I had an awakening. As a nurse, you know life is fragile."

So she's participating in some of the things he likes to do, including a hunting trip, which will include a bit of hiking and camping, most of which is pretty new to her.

"I'm still just getting used to retirement," she laughed. "I want to do more volunteer work here, at the schools, with the senior citizens and the veterans. I'm lucky that Bill is just as passionate about volunteering in the community."

She remains passionate about service and somehow, Faubion sees all too clearly the needs of this community. She continues to provide standby at football games, and has already done some volunteer work at the school district.

Another issue close to her heart is the need for assistance for senior citizens in Wahkiakum County.

"As our population ages, they don't know how to get help. I'm able to provide some direction for resources that are available," Faubion said.

The pair also want to make sure they are available to law enforcement, EMTs, and nurses, to decrease suicide in first responders.

"We're so happy to turn around and give back, at our age, to the community because we have been so blessed," Faubion said.

Service is a high priority, but there is also a call for fun.

Faubion loves to share some of the skills and arts that have been lost, like canning, sewing, and lye soap making. She will gladly teach anyone.

"If people call and say hey, I'd like to learn, I'm happy to do that," Faubion grinned. "I think it's important that kids learn but there are a lot of adults who don't know how to either."

"We have fun," she said of Bill and herself. "We have a lot of joy. We do silly, crazy things. Going out on the river and marveling at the beauty we are surrounded by. Life is good."