With the increase in the incidence of coronavirus illnesses in Washington, Wahkiakum County Health and Human Services officials have begun defining steps to deal with the new illness.

Now named COVID-19, the virus originated in Wuhan, China, as an illness that transferred from wildlife to humans. It is a virus new to the human race, H&HS Director Chris said at meetings Monday and Tuesday, and so humanity has no resistance to it and no vaccinations have yet been developed to prevent it.

Washington had one of the first cases reported in the United States, and last week, a number of cases and deaths occurred in the Seattle area. Last Thursday, there was one known case in the state, he said; on Monday there were 18 confirmed cases and six deaths.

Early efforts to contain the virus involved quarantining people who had been in places where the virus occurred, but the latest cases show it has passed into the general population.

The illness is similar to flu, Bischoff said, with coughing, fever and breathing difficulty the main symptoms. Health officials have learned that a person may have it for 14 days before showing symptoms, and during that time, the infected person can pass it to other persons.

Bischoff said health officials at the local, state and national levels are working hard to address the virus.

The county is a rural county far from the outbreak in King and Snohomish counties, he added, so, "We would not expect to be the epicenter of the outbreak.

Governor Jay Inslee has declared a state of emergency, opening the door for health officials to access a variety of resources giving them authority to act quickly to address situations.

However, local government, businesses and individuals should take steps to avoid the virus.

Bischoff suggests that local boards, commissions and other organizations postpone meetings and events that aren't necessary to function.

For example, the committee preparing an update of the county's junk vehicle ordinance had planned two meetings next week, but those have been cancelled.

Meeting of groups such as the town council or county commission could be held by telephone or through the internet.

Health officials have listed steps people can take to avoid contracting the disease. Those recommendations are at the end of this article.

Bischoff said there is much information circulating on social media, and some steps people are taking to avoid the disease aren't very effective.

For instance, many people are seen wearing cloth or paper masks.

Masks aren't recommended, he added, unless one is a medical provider with a very ill patient.

Law enforcement and corrections officers should have masks, said Sheiff Mark Howie. They may encounter individuals who are ill and who behave violently. Officers should also wear goggles in some cases, he added.

"Masks in your situation are way better than nothing," Bischoff told Howie.

Use of gloves and sanitizers

There are also issues with use of gloves and sanitizers, Bischoff said.

"You can't sanitize with a wipe," Bischoff said. "The surface needs to be moist for 3-5 minutes.

He recommends using a spray bottle with a solution of two cups of water and one tablespoon of laundry bleach. The solution should be discarded after eight hours, for the bleach will lose its effectiveness.

The virus is thought to be able to live 3-5 hours outside the body.

School officials have planned a preemptive disinfecting of facilities this week, for schools have gone on their winter break for the state basketball tournaments. They'll dust surfaces and apply two coats of disinfectant before students return.

Lisa Nelson, superintendent of the Naselle/Grays River Valley School District, said staff would be disinfecting that district's buildings and buses during the break this week.

" We continue to work closely with officials at the Washington State Department of Health, Pacific County, Centers for Disease Control and Prevention (CDC), and the Office of Superintendent of Public Instruction," she wrote in a letter sent home with students on Tuesday.

"We have been in touch with the Washington Interscholastic Athletic Association (WIAA) in regards to the State Basketball Tournament in Spokane. The WIAA plans to continue with the tournament and engage in enhanced measures of sanitizing and cleaning. Additionally, there will be an increased number of hand sanitizing stations available to participants and patrons of the tournament.

For best information about the COVID-19, Bischoff said people should check with the county health department, the Washington Department of Health, the CDC, and the World Health Organization.

"So much of the information on social media is crap," he said.

The county has set up a quick internet website link that connects to the county's website, http://www.wahkiakumcovid19.com.

From there, one can follow links to the other agencies.

--Wash hands often with soap and water for at least 20 seconds. A hand sanitizer may be used after appropriate hand washing. 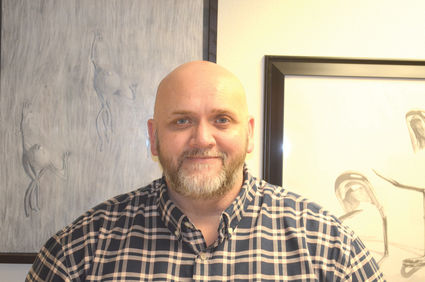 Wahkiakum County Health and Human Services Director Chris Bischoff on Tuesday outlined steps to address the outbreak of COVID- 19 in Washington. A letter from Bischoff detailing facts and good practices may be found on Page 2. Eagle file photo.

--Avoid touching your eyes, nose or mouth with unwashed hands.

--Cover coughs and sneezes. Use a tissue, then throw the tissue in the trash and wash your hands.

--Stay home and away from others when sick.

--Clean and disinfect objects and surfaces that are frequently touched.

--If you must go out in public try to maintain a distance of 6 feet or greater from other people.