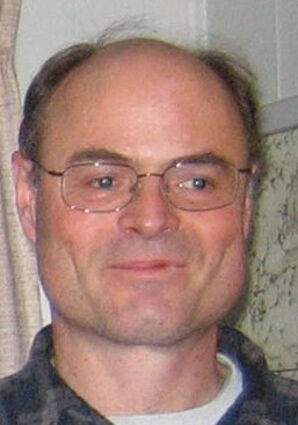 A resident of Spokane, Dwight passed away at his home on June 8, 2021, six days after his 61st birthday. He was born June 2, 1960, at Longview, Washington, the fifth child born to James and Maxine Robeson. The family was living at that time in Cathlamet, Washington, with long ties to Chewelah as his grandparents moved there at an early age. He attended elementary school in Chewelah and high school in Cathlamet and graduated from Wahkiakum High School in 1979.

Dwight was a solitary person, hardworking, easy to get along with if you agreed with what he said, was dutiful, on time and always did what he said he would do. He revered nature and enjoyed hiking and exploring the trails and forests of our state. He had worked at tree farms and plywood mills in the Vancouver, WA, area and moved back to Chewelah in 2013 to help care for his mother, until she went to long-term care in 2018. Coming back to Chewelah, he renewed a study of maps and contours of the mountains of Northeastern Washington, exploring alone and leading his siblings on hikes. Dwight was always planning the next trip. He knew where the morel mushrooms and biggest huckleberries grew. Dwight currently worked at Lakeland Village. He also did gardening and general maintenance for his family and friends. Dwight is deeply missed by everyone who knew him.

Dwight’s ashes will be carefully placed at places he loved best. A family and friends potluck will be held at a later date.